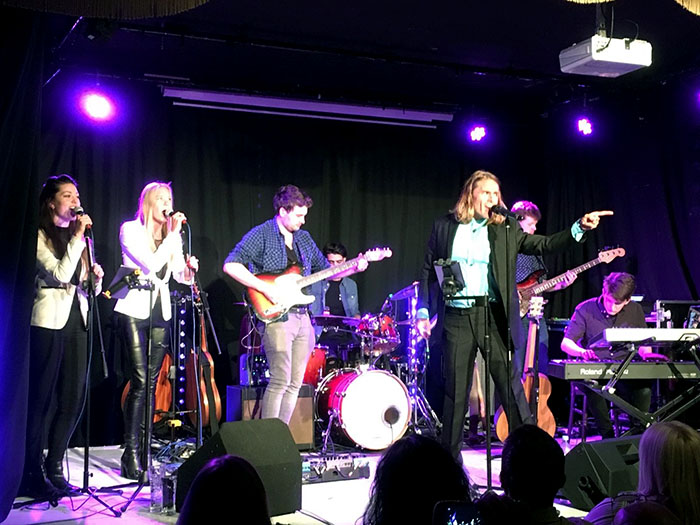 Ryan has featured in many West End shows and was best know for his leading role playing Frankie Valli in Jersey Boys. After receiving a drama honours degree from Newcastle, Ryan moved to L.A. before returning to star in a string musicals in the UK’s West End.

Ryan’s success has seen him tackle some of the biggest shows including MacBeth, Jerry Springer the Opera and The Blues Brothers Unlimited.

Ryan’s two hour show at The Stage Door featured many of the original songs he wrote for his own musical entitled ‘Che Guevara’s Night Off’, alongside West End musical hits which kept the Southampton audience spellbound.

The musical backing was played live by Solent students who devised the live backing from scratch and delivered faultlessly throughout the show.

“Solent’s tutors must really proud of the band, they did such a fantastic job.”

“It was great to see the students working their way through such complex arrangements and playing dexterously with a high-level professional such as Ryan Molloy. We really look forward to seeing more shows soon from Ryan Molloy and our esteemed alumni.”