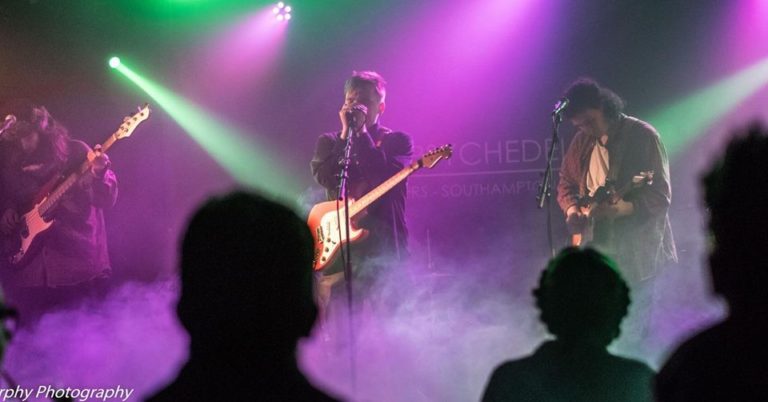 After playing a set at Southampton’s The Joiners on February 14, Submariner have been selected for a prestigious slot at this summer’s Common People Festival. Having impressed judges Rob Da Bank, Ricky Bates and BBC Introducing Solent’s Steph Nieuwenhuys, the band become the first to be confirmed for the festival on the same day that they released their debut video for ‘Closer’.

‘Closer’ explores the idea of two individuals having a chance meeting and the engagement with each other on feeling hollow in the current world. The release of the video follows the tracks premiere on BBC Introducing Solent.

Frontman James Herrity spoke about of the songs influences,

“The song is very emotionally driven but its upbeat and feel good…reminds me a lot of ‘Sweet Disposition’…which provoked a similar feel.”

Regarding the video Herrity continued, “We spent a long time deciding what to do with the video, I had lots of stories to fit with the lyrics, in the end we decided the best thing to do was to be ourselves, so we got our friends to Alex’s (guitar) flat and had a party. Looking back on it, it was the best decision as it just shows us being natural and engaging in all the stupid stuff we normally do.”