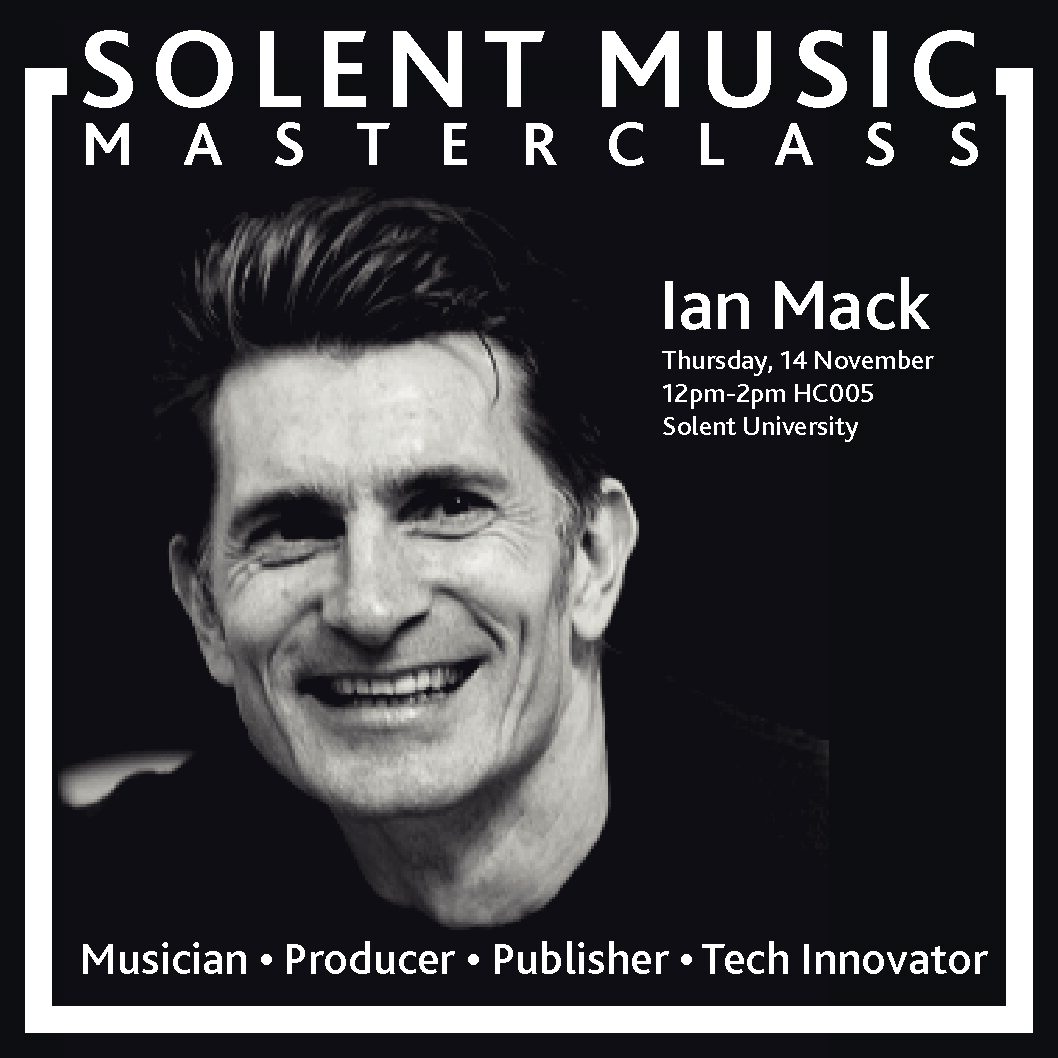 On Thursday 14th November, staff and students at Solent University had the pleasure of Ian Mack at Solent Music’s Masterclass.

Since signing to WEA Records and Warner Publishing at the age of 18, Ian’s career has seen him work across many areas of the entertainment industry from record producer to publisher – working with a wide range of artists, including established artists such as Whitney Houston, Keane, Take That and Jessie J, and some of Britain’s youth talent, such as MNEK and Sigala.

Mack is the co-founder of tech company Wondrmakr.