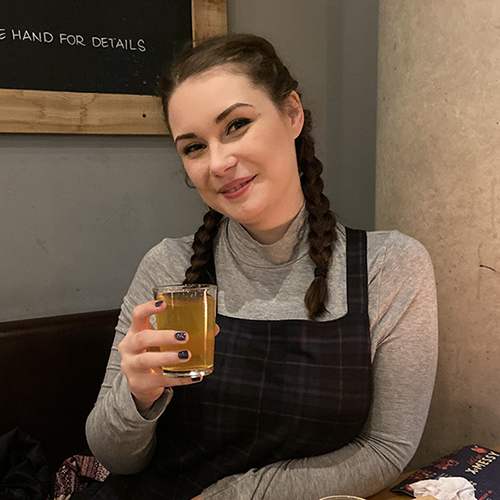 Melody finished her degree in Music Management at Solent University in May 2021, achieving first class honours. In the summer between her second and third year of university she took an internship with publishing and management company San Remo Music which led to her working part time while completing her final year.

She then secured a full time position as soon as the course ended. Alongside her role at San Remo she has recently started independently managing producer/songwriter Cameron Nesbitt and is excited to help develop his career.

Melody has also been active in her work with music trade bodies. Whilst at university, she worked with the Music Managers Forum to create the MMF Southampton Tribe and organised/s networking and educational events, aimed at managers of all levels along the south coast.

Since finding a job in publishing she has also been passionate about educating other young members of the music industry on publishing and has returned to Solent to do guest lectures as well as securing a place on the MPA Futures board which works under the Music Publishers Association to support new members of the publishing sector.

Following her final year project on licencing content creators she has been working to expand interest in this new area of income generation for artists while encouraging the traditional music industry to expand its horizons and see the future potential in this area of the publishing sector.

The Awards will take place on December 9.