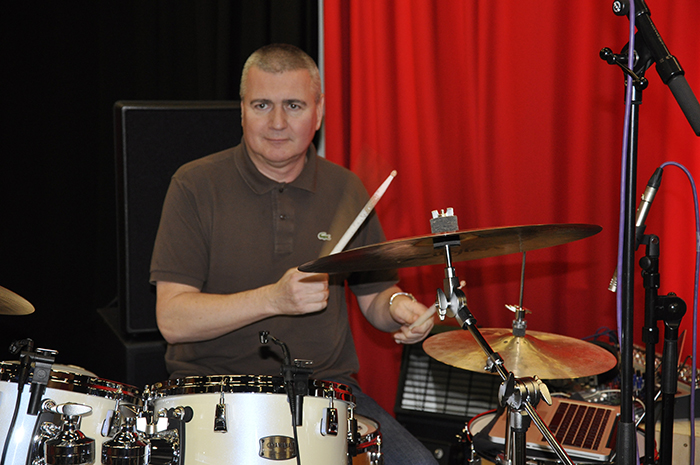 Steve White: The man behind the drums

Last week music-minded students were given the opportunity to attend a drum clinic, organised by the School of Media Arts and Technology and Knightime events, to watch renowned drummer and Visiting Fellow Steve White in action.

Steve White is an English drummer who has worked with many top names, including Paul Weller and The Style Council, as well as playing at Live 8 in Hyde Park. 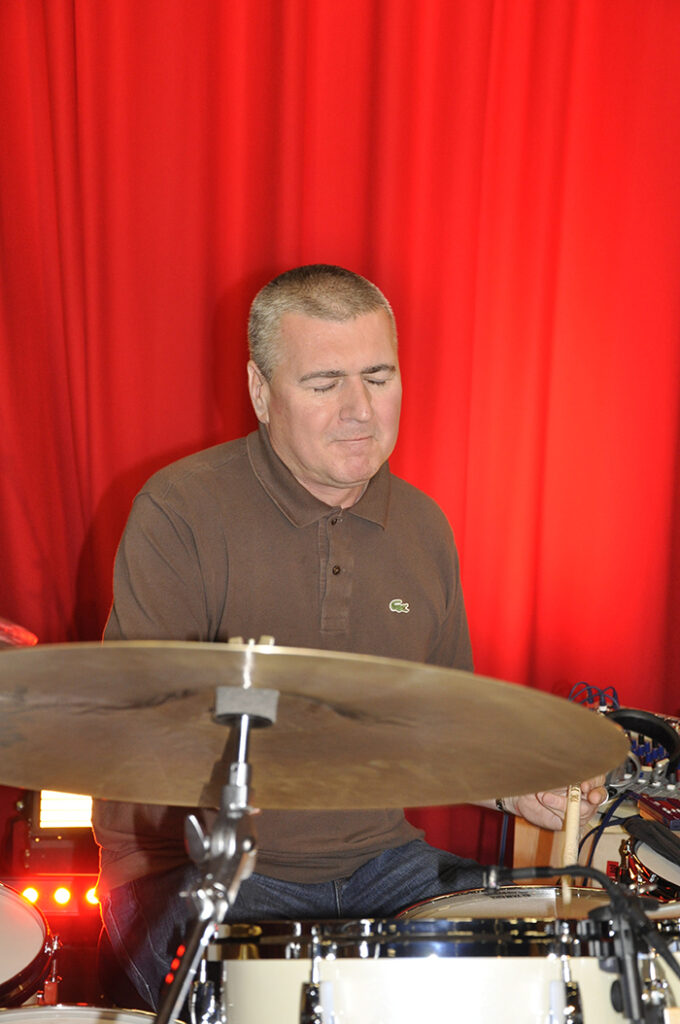 We talked to Steve to find out more about the man behind the drums.

You have been playing the drums since the tender age of eight. What is it that interested you in this particular instrument?

It was just something that hit me really quite hard when I saw a boy’s brigade band walking along the street. I just loved the noise, the racket, the sound of six drummers playing together. It just touched me. Then, after that, I was listening to a lot of pop music. Even from the age of five I was listening to Slade and The Beatles and all those kinds of bands, so the music just found me.

How were you supported through your education when it came to pursuing your music dreams?

I’ve seen a huge amount of changes in recent years in terms of drums and education. The thing about drums is that when I first started it wasn’t really considered an instrument like violins or the clarinet. There was very little in the way of jazz studies or rock studies so I really didn’t have a lot of support in terms of education. I won scholarships to two American universities but the education system at the time would not support me so I had to go out and get a job. It’s great to see it has totally changed now.

Continued: The man behind the drums | Blog | Southampton Solent University