Simon Raymonde is a former ’twin’ of Cocteau Twins and the head honcho of independent label Bella Union. The label’s roster includes Father John Misty, Ezra Furman, The Flaming Lips, and Emmy the Great. Simon came to SMILEfest 2017 to talk about his days in the legendary band and about starting a label after the band collapsed.

Simon comes from a musical family and his entry point to music was through punk rock and bands like Sex Pistols. He worked in a record shop and it happened that the label 4AD was above it. „Those people became my family and that’s how I ended up in Cocteau Twins.“ The band signed to 4AD but after awhile changed to a major label. Simon says, „We were great friends with 4AD boss but we fell out because of money. We lived on £50 when we sold 100 000 copies so we thought we needed people to work on a business level, so we signed.“

„It was hideous, absolutely hideous. We really were naive and foolish. The contract we signed was giving us incredible control, but the control means absolutely nothing when the people who are working on your album hate you. We got the creative control, but when our chosen single was released, it didn’t get any support from the label. We definitely slipped on a banana skin signing that deal.“

“We definitely slipped on a banana skin signing that deal.“

Talking about Cocteau Twins, Simon says, „We were really into technology when recording and we were one of the first bands to have a website.“

Soon enough they realised the band was falling apart. „Everyone in the room will have watched movies about bands with drug problems. It affected our band in a very negative way. Our band was like a couple and me. The couple had a baby and the male had a terrible drug addiction. It made the core between the three of us complex. Sometimes the only sane moments were when we recorded music. The best bits were when we pressed ’record’“. 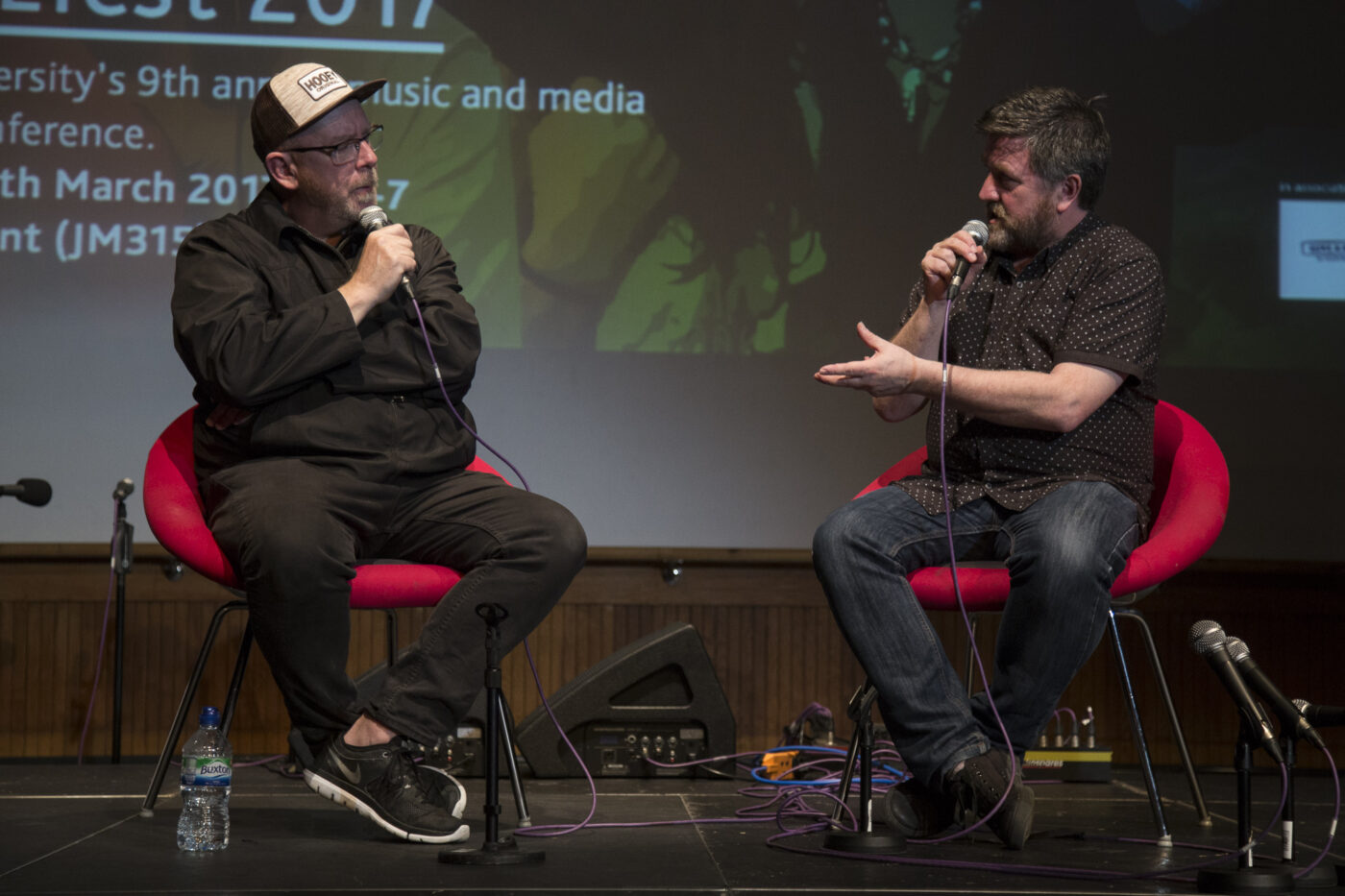 „Sometimes the only sane moments were when we recorded music.“

Talking about Cocteau Twins’ singer, „Elizabeth was a very unusual singer. She would stretch words over many notes to make it almost sound incomprehensable but the content was still there.  That’s why some people don’t like the last record: a) us being signed to a major label, and b) unintelligible lyrics.“

Simon talks about starting a label, „We decided to start a label but then Liz didn’t want to do the band anymore so I was in a really weird situation. I was left with a label but no band. I had to learn very fast and I hated labels, I couldn’t stand them. But I carried on. We had lots of downs, publishing companies going bust and owing us thousand of pounds. But then, after 11 years since starting the label, we had huge success with Fleet foxes. I was told by a friend that stick it in for 11 years and you’ll have success.“

“I had to learn very fast and I hated labels, I couldn’t stand them. But I carried on.”

Simon reveals that he is once again making music, „I shut down emotionally and as a musician when the band broke up. Recently, I felt like there was something missing. Although I’d been doing the label for 20 years and everything was great, I realised that I wasn’t making music.“ 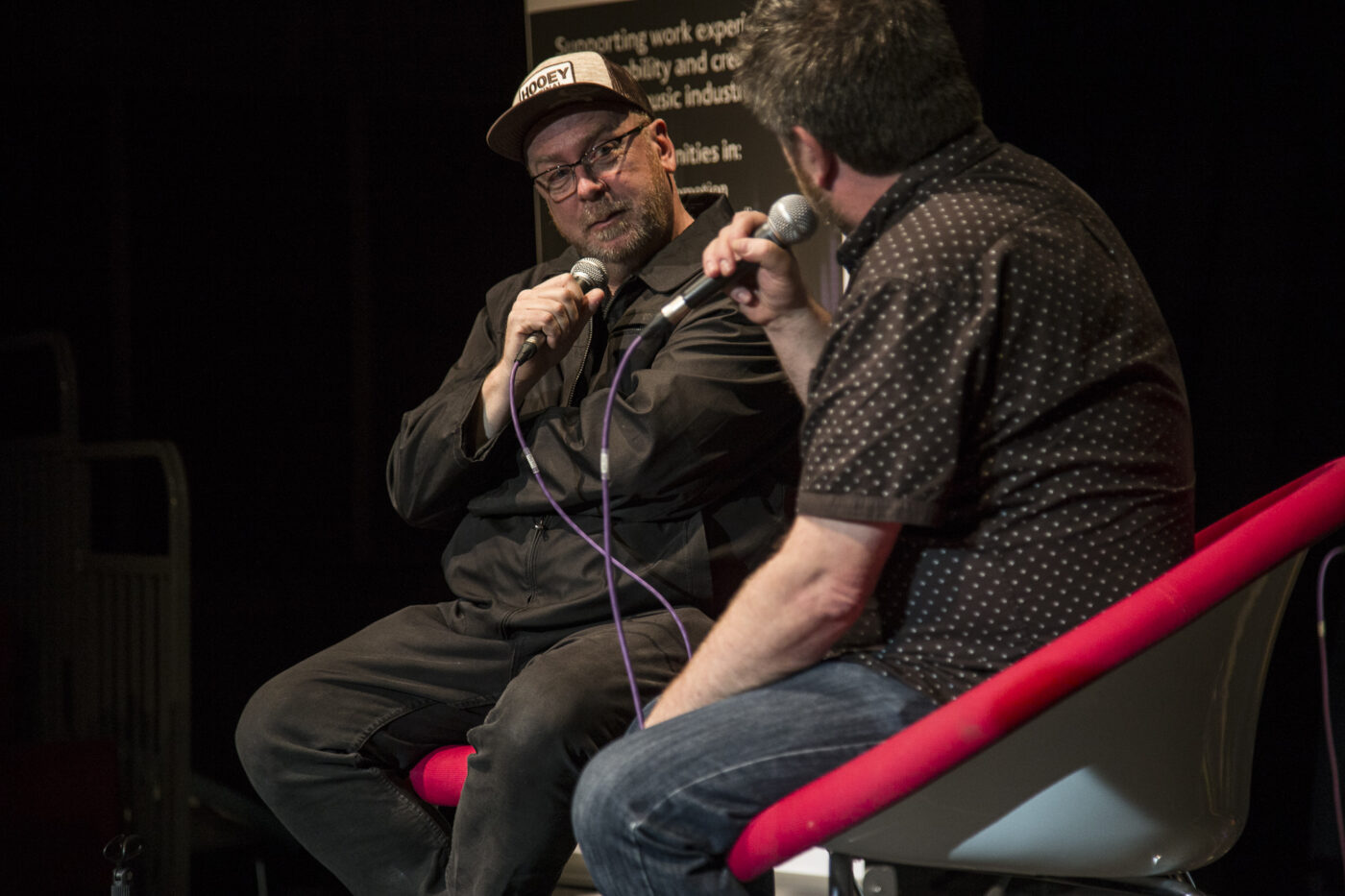 Simon spent four days jamming with Richard Thomas, the former drummer with the 1980’s post-punk band Dif Juz. The duo are called Lost Horizons and their double album is out in October.

„I love great drummers and this guy was the best. I thought I’d like to make music with him.“

Simon’s label Bella Union also opened their own record shop Bella Union Vinyl Shop in Brighton where they have band appearances. „It’s like the size of a bathroom, but we love it here. It’s a lovely thing to have. They alleyway is a really scummy one and it’s a bit grim but I quite like that.“

„My dream was to put out a Patti Smith record and last year we did! Your dreams can come true if you work hard enough. And I’m not a dick, there’s no need to be one. It gets you absolutely nowhere.“

“Your dreams can come true if you work hard enough.”