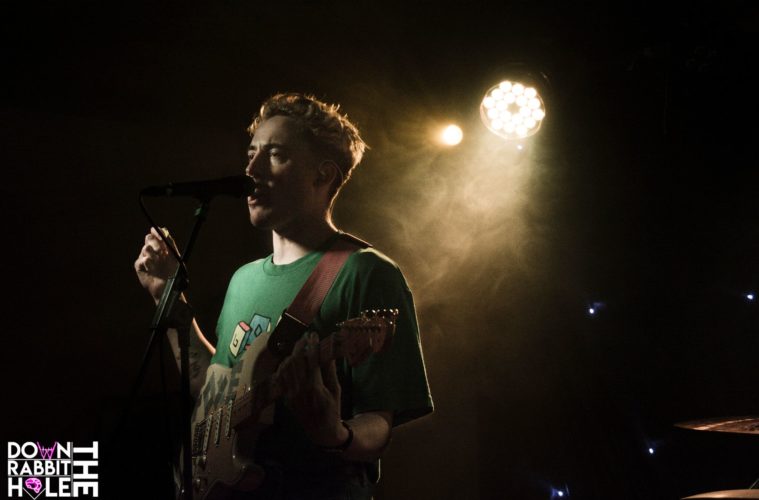 On a cold February evening Down The Rabbit Hole Magazine kicked off their release of the anticipated first issue, featuring Truly Ford and so many artists who talk about mental health in the music industry.

Lacuna Common thrusted themselves into the limelight as the first support to perform and provided the buzz the venue needed before The Floral Scene captured the crowd with guitar solo’s, one man dancing the night away at the front of the crowd and the band being absolutely knackered whilst sharing one beer in-between songs.

There was even a slight debate between an audience member and the band about where in Manchester they were from and it was a swift transition to their final song ‘25’ which provided the indie vibes to get people dancing and wanting more.

But as more drinks were poured during the wait for Foxe, the more that Down The Rabbit Hole Magazine created buzz for their magazine and had multiple shout outs from the support acts about how important it is to talk about mental health in the music industry.

As discussions flew by and the lights dimmed upon the start of Foxe’s set it was a packed venue with people eager to see what the three-piece were going to create.

As the guitar chords flew in, drums smashed through people’s eardrums and the harmonies rolled in the crowd were already ready to dance.  After the first track, Antonia, the bassist realised she needed water after dancing whilst playing and was met with multiple people bringing her a pint of water, which was heart-warming.

Throughout the gig Foxe showed that they kept getting better and better per track as well as getting the crowd involved with singing the lyrics back to them and it’s clear to see that Foxe will be one to keep an eye on and that Down The Rabbit Hole Magazine nailed their first event and were able to sell enough copies of their first issue for Southampton to understand the mental health issues in the music industry.