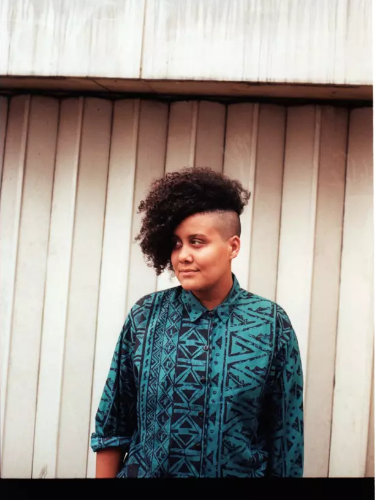 Rachel Aggs is a London-based musician. Primarily known for her distinctive guitar work, influenced by both West African highlife and post-punk, she also sings and plays the violin.

She has been playing with the band Trash Kit since 2009, with Ros Murray and Rachel Horwood, which released an eponymous debut album on the Upset! The Rhythm label in 2010 and a second album, Confidence, in 2014. She has also been a member of Shopping, formed with Andrew Milk and Billy Easter, since 2012.

Shopping are propulsive bass lines, primitive disco-not-disco drums and guitar lines sharp as broken glass. They pull from a well of 70’s post-punk with a voraciousness seldom seen these days, bringing to mind the jagged aggression of Gang of Four, the voracious yelp of The Slits and the dance inducing thrust of Delta 5 and ESG.