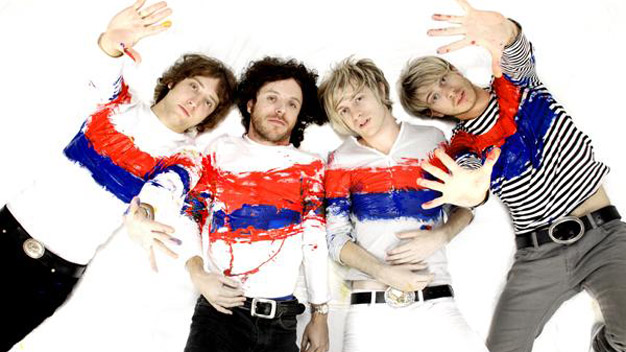 Delays singer fundraiser with Band of Skulls and Mystery Jets

Delays were formed in Southampton in 2001 by brothers Greg and Aaron Gilbert with Colin Fox and Rowly and became popular in the indie rock scene. Cavalry fundraiser night is organised for Delays’ lead singer Greg Gilbert who has been diagnosed with stage four cancer.

The fundraiser has already received support from music stars including Craig David and Ellie Goulding. 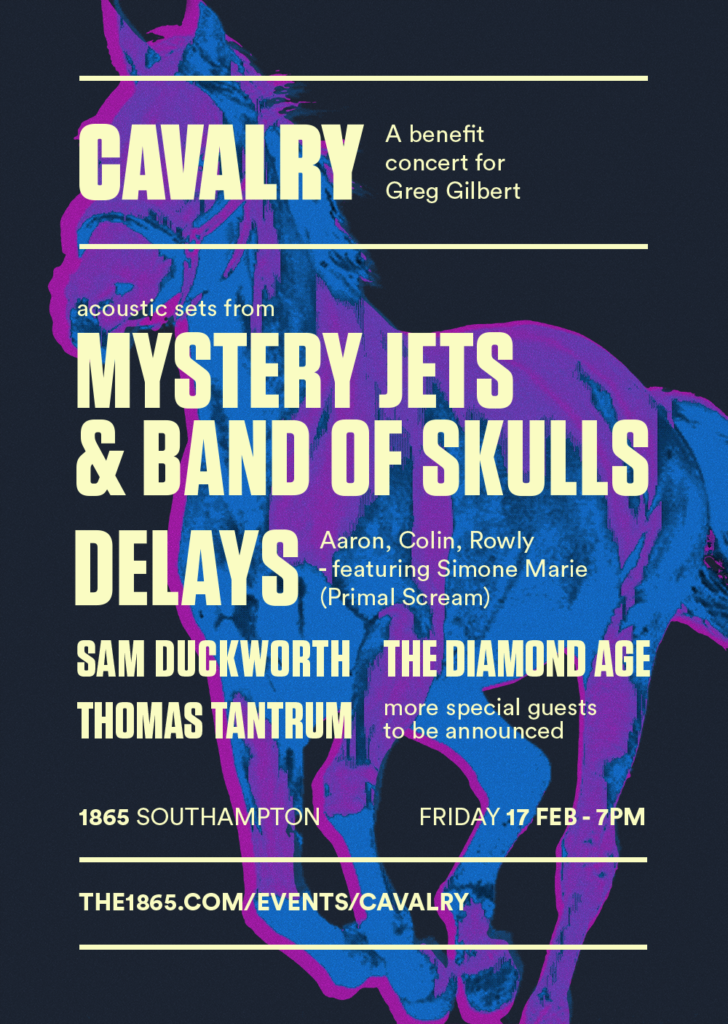 The first fundraising show at The Joiners raised almost £2,000 and so far £141,000 has been raised by family and fans for treatment not available to him on the NHS.

The crowdfunding appeal reached its target of £100,000 in 48 hours and GoFundMe said the appeal was one of the “fastest ever” campaigns on its site.

“The Delays were the first local band from within my peer group that arguably put Southampton on the musical map.”

Bill from The Diamond Age:

“I’ve been involved with the Southampton music scene for many, many years and have been fortunate enough to be involved and witness the rise of such a diverse breadth of home-grown musical talent produced within this vibrant city.  The Delays were the first local band from within my peer group that arguably put Southampton on the musical map, and when they first headlined the Southampton Guildhall with The Maccabees in 2006 they invited my then band (dead! dead! dead!) to open for them.  This was a pivotal moment that really helped to raise the profile of my band, and since then I’ve always felt indebted for their support.  The recent news of lead singer Greg Gilbert’s condition came as a real shock, especially as we are the same age and like Greg I also have two small children.  It’s also been incredible to witness the city unify to support Greg and his family during these challenging times so when I found out that a friend was putting on a show to raise funding for Greg’s campaign I didn’t hesitate to get involved.”

“I hold Southampton very close to my heart having spent 5 years there between 1999 and 2005. I studied Journalism at the then Southampton Institute and made many friends for life including Greg Gilbert who became the catalyst for my subsequent career in lighting design. It’s only natural for me to want to do everything I can to help Greg and his family in this situation and the kindness and generosity shown by everyone involved in this show is just a reflection on how admired and loved he is.”

“I studied Journalism at the then Southampton Institute and made many friends for life including Greg Gilbert who became the catalyst for my subsequent career in lighting design.”

An online auction is going to be launched tomorrow with lots of amazing items donated by Coldplay, Craig David, The Maccabees, Manic Street Preachers, Franz Ferdinand, and Scouting For Girls: https://www.ewbankauctions.co.uk/

The fundraiser takes place on Friday, 17th February at The 1865 with an amazing line up.