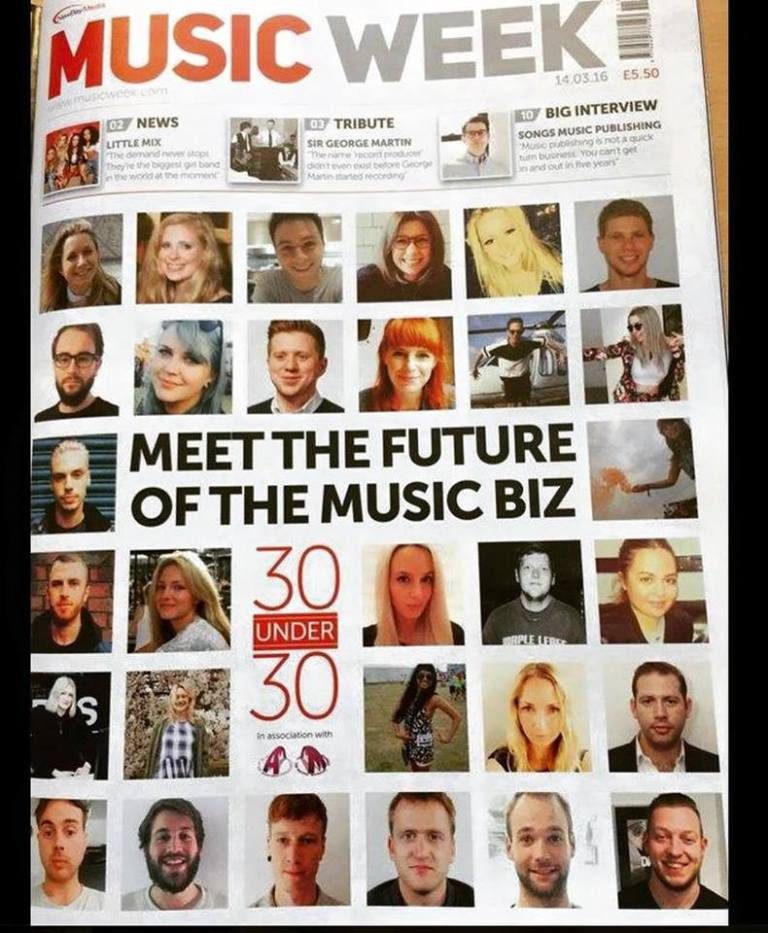 Congratulations to James Moodie who has made this year’s Music Week ’30 under 30′ list.

Every year, Music Week magazine publishes a list of those who are making waves within the music industries and look set to be key players in the future.

This year’s list features James Moodie, who graduated from Southampton Solent University’s BA Hons Music Promotion course in 2010 and got his first work experience with Southampton’s The Joiners while studying his degree.

James joined the video hosting service VEVO (a joint venture between Universal Music Group, Sony Music Entertainment, Google and Abu Dhabi Media) in 2013. He now plays an integral role within the UK label relations team, and works across a diverse label roster ranging from Virgin EMI and Island Records through to a host of independent labels. He previously worked at Big Life Management, as digital and social media manager, but his passion for music transcends his career. He started his own Flatpack record label for a final-year university project, and five years and 20 releases later, the label was still securing slots at major festivals, only ceasing to operate in 2015. After playing a role in the success of the band’s last album, he even got ‘The Cribs’ tattooed on his leg.