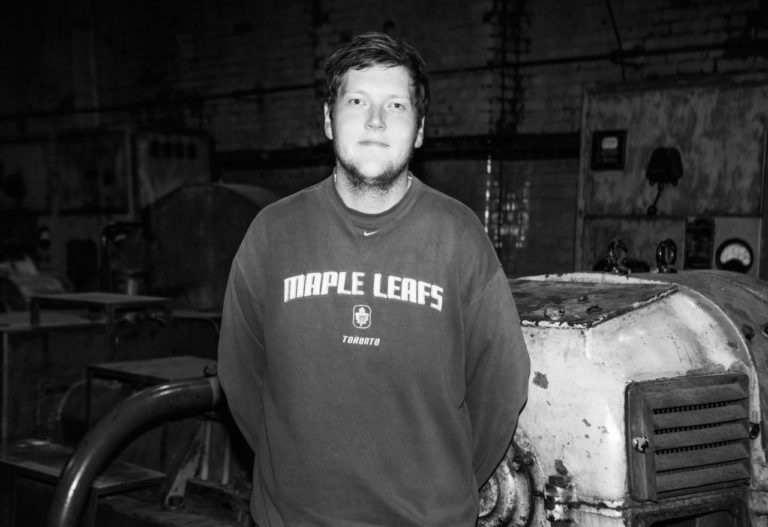 James Moodie’s rise from Solent to senior management at Vevo

James Moodie is Southampton Solent University’s BA (Hons) Music Promotion 2010 graduate. James has worked for our legendary The Joiners, Wichita Recordings, Coda Agency, and ran his own label Flatpack Recordings before landing a job at Vevo where he is now the Senior Manager of Music & Talent.

Your job title Senior Manager of Music & Talent is extremely impressive and you were recently on Music Week’s 30 Under 30 industry professionals list. Is your career how you imagined it would be at Uni?

Not really, it’s gone better than I thought it would have! I left Solent in 2010, so I’m about seven years into my career. I started out working for free, for a long time. To be honoured in the Music Week feature was a massive surprise, and I have no idea who voted for me!

Tell us about the internships and work experience you’ve done. Was it essential to get your foot in the door?

They were absolutely crucial, for so many reasons. Firstly, wanting to work in music is great, but you need to know what function you want to work in, as it can be hard to change once you get there. I interned for a label, PR company, booking agent, digital marketing agency, student radio promo company, before settling on a career in digital. Back then, the most I ever earned was £30 a week, which was hard. I had two part-time jobs  to make ends meet, and was doing my dissertation at Solent at the same time.

You also learn so many invaluable skills in placements. This industry is all about who you know, and if they trust you, you can get ahead quickly.  You wouldn’t believe how important the disciplines around work at Solent are also. Working to absurd deadlines is part and parcel of the game in music.

“I had two part-time jobs  to make ends meet, and was doing my dissertation at Solent at the same time.”

You ran Flatpack Recordings, a label and artist management company, for five years in your free time, which must have required a lot of self-initiative. Would you say it’s important to create opportunities for yourself?

I knew I wasn’t going to walk into a job after Solent. Music is a very competitive industry to get paid work in. I decided to take things by the scruff of the neck and learn on the job for myself. I invested £500 in Flatpack, and my attitude was, when the money runs out, I wind down the company. I still can’t believe it lasted five years.

Running Flatpack 100% helped in getting a job. Even now when I hire people at Vevo, that kind of self-starter attitude is something we definitely look for.

“Even now when I hire people at Vevo, that kind of self-starter attitude is something we definitely look for.”

You’ve gone from label relations and social media to a senior position. What do you think are the key qualities that help to stand out in a company?

When I started at Vevo, it was basically a start up. My job was to look after labels and socials. In the end, I did CRM, ticketing, assisted on label deals and loads of other things; not because I was asked to, but because I wanted too. I’m also the last one standing at every party, which helps.

Is your current role different to the first one at Vevo or was it a natural development?

Different, for sure! I originally dealt with video premieres, then tweeted about them. I now manage a team of staff and we are very proactive, not only with labels, but also with artists, managers, PRs, TV pluggers, promoters, agents, and anyone else who needs to speak to us. It’s an immensely challenging role to keep every external stakeholder happy, but that’s what our team is for.

Tell us about your typical day. What do you get up to?

I get to the office for 10am and plough through messages that have come in over night, from the US, Japan and Australia; then start on the day’s work. To begin, I probably have about five cups of tea, then deal with any managers or labels who have urgent things that need attending to. After that, lots of meetings, hearing new tunes, discussing projects or meeting new artists. That takes me through to about 7pm, then I head out to shows, seeing as many artists as I can in a week. Sometimes there is a gig every night – this isn’t a job for someone that likes being at home a lot. I have recently got a cat though, so try and spend two or three nights a week chilling with her.

What would you say are the most important qualities a person has to have in order to succeed in the music industry?

You need to be bolshy, but not arrogant. It’s not a place for shyness – if you don’t ask, you don’t get. You have to be completely head over heels about music, and as many genres as possible. You also need a can-do attitude. I’ve worked at Vevo for five years, but even last week, I was helping load a lorry full of beer cups for an event. Nobody is above the menial work, it’s a team game. So you definitely need to be a team player.

You also need to be good with faces and names, because it’s a business built on relationships.

“You need to be bolshy, but not arrogant.”

What’s your greatest achievement so far?

Persuading (my favourite band) The Cribs to play our stage at the Great Escape in Brighton in 2015. It involved a trip to Glasgow, a lot of alcohol and a tattoo gun…

Other than that, our work with Wolf Alice and Jack Garratt. We’ve made some amazing films with them, which I think they are really proud of. That’s what makes me tick.

Who are the most exciting new acts for you this year?