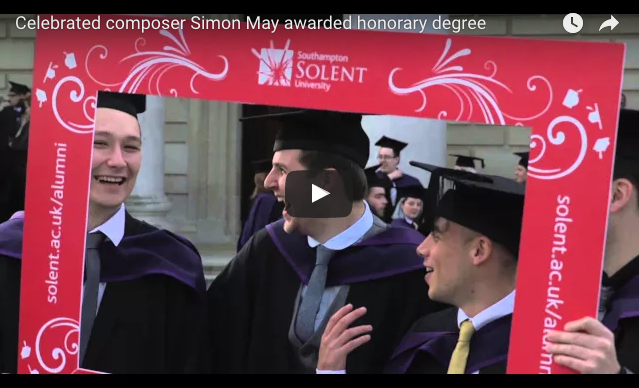 Congratulations to all students graduating on the Popular Music courses at Southampton Solent University!

It’s always great to see our students’ hard work paying off during Graduation Week, and this year once again saw our exceptional students receiving their well-deserved degrees and heading out to their future careers.

Joining them on stage was the legendary composer Simon May, who has provided the theme music to many iconic television shows and films over the years, including the theme to the BBC’s long-running soap opera, Eastenders.