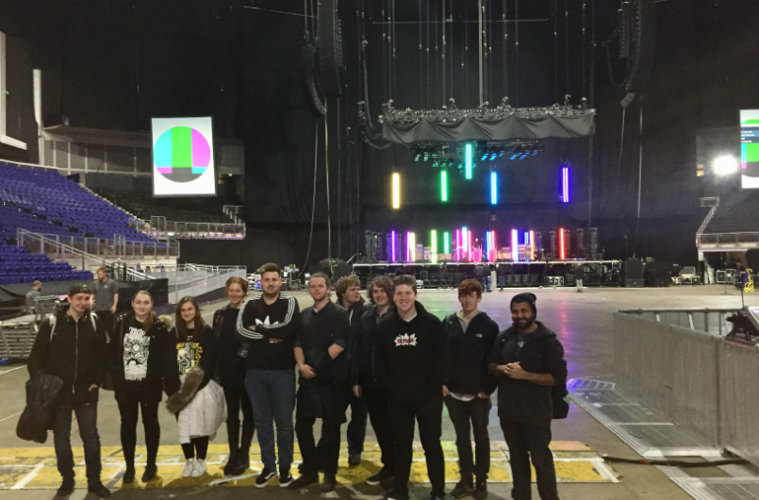 O2 Site Visit and Queens of the Stone Age

In late November a lucky handful of  students from BA (Hons) Popular Music Production and BSc (Hons) Live Sound Technology, visited the O2 Arena in Greenwich for a site visit to the Queens of the Stone Age tour. 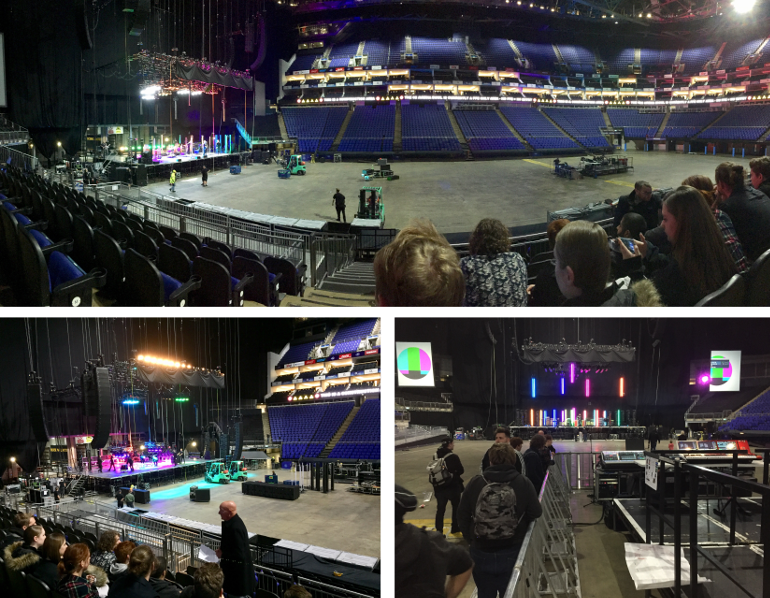 Students met with seasoned stage manager Steve Cheney; production manager, Rob; and stage manager, Jack. The students had the opportunity to discuss the logistical and technical requirements of such a large production and were particularly impressed by how quickly Rob and Jack had managed to progress within their careers.

It was a great chance for the students to appreciate the possible career paths within the live events industry and to see how commitment and aptitude can be rewarded by such exciting opportunities. This wasn’t the only thing the handful of students got!

Current student Live Sound Tech student Harry Stevenson spoke about the experience, “It was a great experience and reassuring to see that even on a huge scale like this, it is still the same in most parts to smaller shows…the chance to see Queens of the Stone Age was pretty sick too.” (Harry Stevenson)

They also got the chance to watch the legendary Queens of the Stone Age play on their tour, following the release of ‘Villians’ album. This gave the students great insight to see what the whole production looks like when its happening and got to see one of the best rock bands touring at the moment.