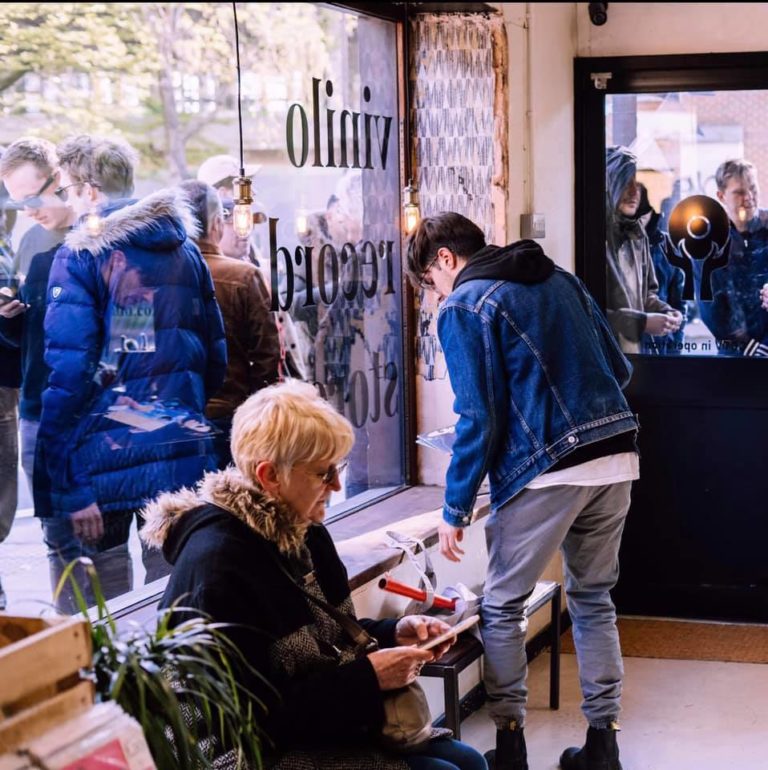 Usually at seven in the morning people are asleep or waking up to their morning coffee, but to the two hundred dedicated vinyl fanatics that were waiting outside Vinilo Record Store that was not the case.

A queue that spanned across two different roads meant that it was a successful morning for Vinilo with records selling out quicker than ever before, coffee and beer for free, as well as music in the background that confused people to what genre of music Vinilo liked.  From Billie Eilish to Easy Life to Eric Clapton, but then again how can we complain at that?

Southampton was already busy with numerous things happening in the city, but to see its local music scene come together was something exciting to see.  From buskers continuing their usual thing of singer-songwriter music to Oxfam combining two things that everyone loves – chocolate cake and local bands/musicians playing at different parts of the day.

Notably, Djuno, a mixture of Solent graduates and current students played at Oxfam by completing an acoustic set, which attracted a small crowd and more people to look at some of the music they had on sale.

One thing that was noticeable was that people were buying a mixture of old and new music and this was interesting for many reasons, but one was even at Vinilo, where the prices were the same as they always are, people were buying a collection of old and new together, which was intriguing as the main audience throughout the day were people in their twenties.  Whether it’s a case of older music bleeding into the younger audiences or if it’s just a case people appreciate all kinds of music – either way it was amazing to see.

Vinilo has a pre-order section on their website, where people mostly wanted new music or albums that had now been re-stocked in the store.  Many people came into the store in the afternoon and were being the told the album they wanted sold out earlier that morning, even the albums that had been re-stocked.  It was fascinating to watch and be a part of this.

I had one question though, why were people buying what they were buying? The purchasing of vinyl has skyrocketed over the years and it’s always curious to see if people are buying vinyl because their mates are or because they genuinely like the idea of buying records and buying them.

After bouncing back and forth between Oxfam and Vinilo and asking random people this question, there was a clear answer.  It was their love of music that got them wanting to buy as much vinyl as they could carry.  After speaking to a group of people who only wanted one album each, they explained that some albums sound better on a record player and it’s a great way to relax when your mental health is at it’s worst.  They did admit that they were influenced by each other buying vinyl but followed that up with the idea that putting your favourite album on, drinking a cup of tea and laid in bed was the best way for them to forget the world and it’s problems.

This is the beautiful thing about Record Store Day, it brings people together, brings together the local music scene and more importantly shows how important music can be for different types of people.  Now, to finish this off there’s no better way than to listen to the vinyl that was bought, drink some coffee and be happy at the fact that it’s not just us music geeks who love music, it’s everyone.