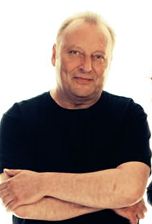 Jim Prime is the founding member and keyboardist of the band Deacon Blue. Simon has 30 years of industry experience that began in the ‘80s on an American tour with Altered Images followed by a number of years and albums  with John Martyn. He has also worked as a Musical Director for Cumbernauld Theatre. Deacon Blue have 17 top 40 hits and 3 number one albums to date. Jim was signed to Columbia Records (Sony) for over 15 years.

Jim has recently headlined Glastonbury, Liverpool Echo Arena, Belladrum and opened ‘Last Night of the Proms in the Park’ in Hyde Park.

Jim has also worked with Bryan Adams, Jean Jaacques Goldman and written and recorded music for the film of William McIlvanney’s Dreaming and Channel 4’s Against the Tide, a documentary on George Orwell.