SoCo Music Project and Hightown Studios has come together  to create  the Southampton Sampler VOL.1. At the end of 2017 over 100 Southampton bands/artists sent in their entries into the project and they were judged by a panel of judges; who were Rob Da Bank, Emma and Russell from Band of Skulls, Dan Mar-Molinero and Stephanie Nieuwenhuys from BBC introducing.

Through all the high competition and unbelievable talent they reduced the number to 10 tracks from 10 acts. These artists were given the opportunity to mix and master the tracks at Hightown Studios, and then put onto the first Volume in vinyl form. The lucky winners are The Dead Freights, Kitty O’Neal, Billy Miles, Zen Juddhism, Pedro, Hotch, Temples Of Youth, Lucas & King, Cat Eliza T and Tenderlore.

Matt Salvage, the director of SoCo Music Project is beyond excited for people to hear the final-end product saying “It’s a fantastic album, which really deserves to be on every local’s music shelves because of how perfectly it highlights the eclectic sound of the music coming out of our city“

Pre-Order the vinyl via the link for £18.50. Don’t miss out on this incredible vinyl and get your hands on it! Vinyl Link 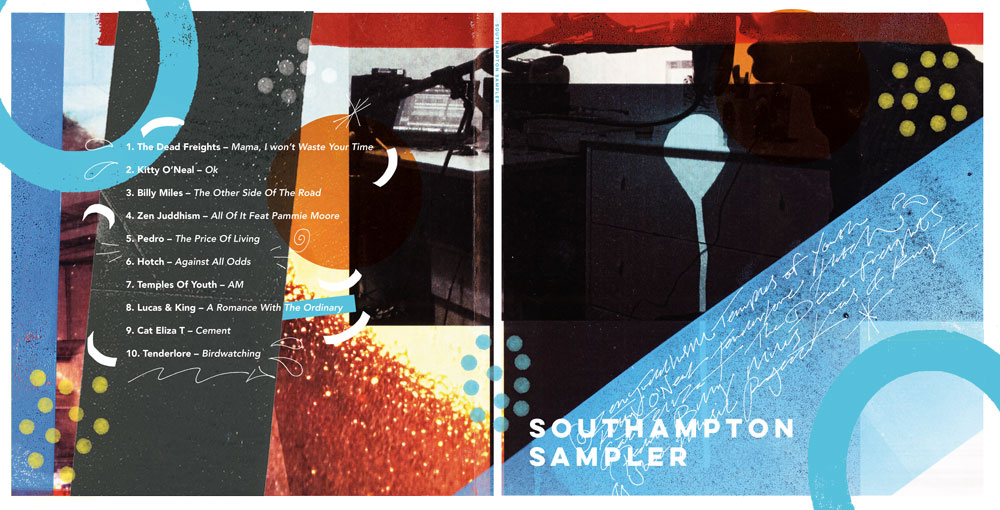 Artwork by Will Whittington https://www.willwhittington.co.uk/

Hightown Studios also offer a wide range of professional recording services with rooms catered for specific requirements, with the Balcony Sessions as well; which is a fully recorded live session in the studio in a clean, professional manner. If your interested in getting a recording session or a Balcony Session then follow the link below.