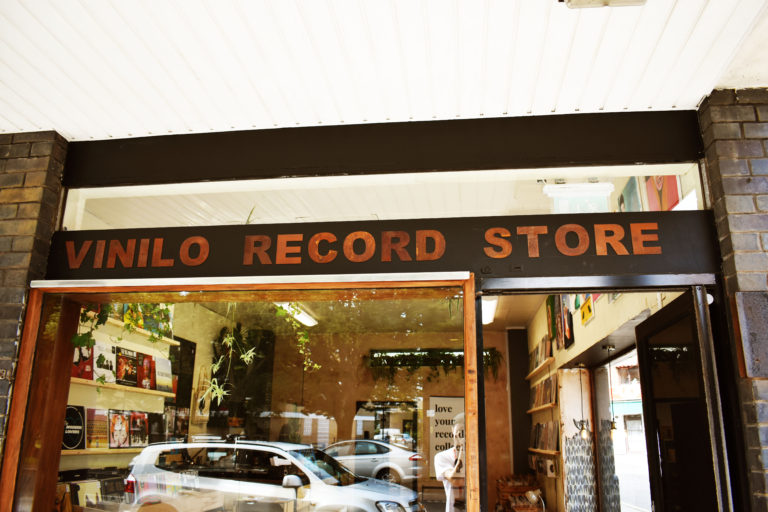 “It’s going to stay and even get bigger”

Rejoice all ye vinyl lovers, for Southampton finally has an independent record store. Those of us with a craving for rare gems and a specialist service have had to make do with HMV for the time being, and while not a bad place to shop for records in itself, it obviously doesn’t offer the same level of expertise and personally-catered customer service as your average indie record store; a sentiment echoed by Virginia Coe, who runs Vinilo Records alongside partner Ken Robshaw. “I think it’s more homely,” she says. “I think we give you more eye contact and a little more detail on the albums that you purchase from us, just because we know and it’s been hand-picked.”

Stepping into Vinilo, the sense of ‘homeliness’ is tangible. The intimate space and pinewood decor, complete with coffee and vegan cakes for its customers, nod towards a modern suburban culture; something which is reflected by the sheer variety of customers that the store has already welcomed. “It’s a range of incredible people,” Coe says of these customers. “We have fourteen to sixteen year olds come in on the weekend that have bought a record player two months ago because they knew we were opening last month, and we have older people that come in and want to ‘redo’ their record collections. It’s surprising that the age gap is huge. It’s great.”

It’s perhaps interesting that many people outside of ‘vinyl culture’ consider the resurgence of vinyl to be something of a phase. However, the increasingly-youthful demographic buying into this culture, as demonstrated by Vinilo’s customers, would suggest otherwise. Speculating upon the reasons for this resurgence, Coe muses: “I think the sound never really went away. I think the sound of a vinyl record is incredible. The artwork is incredible and nowadays bands come out with amazing artwork. I’ve got to admit, I’m really impressed; every time a new release comes it’s just getting better, and sound-wise I don’t think you’re ever going to take away the sound of a vinyl record on a record player.” 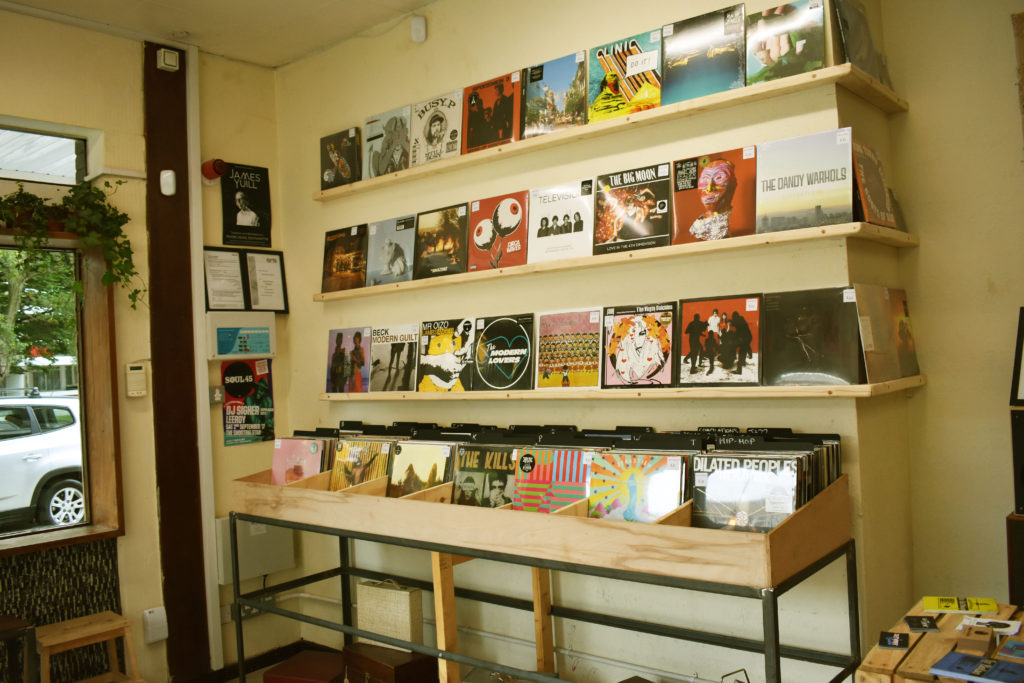 She also dismisses the idea of this being a fad. “I think it’s getting even bigger; it’s been there for quite a while but I just see an increase on it every day. Every week there are more new releases and more people asking for it, so I think it’s going to stay and even get bigger.” 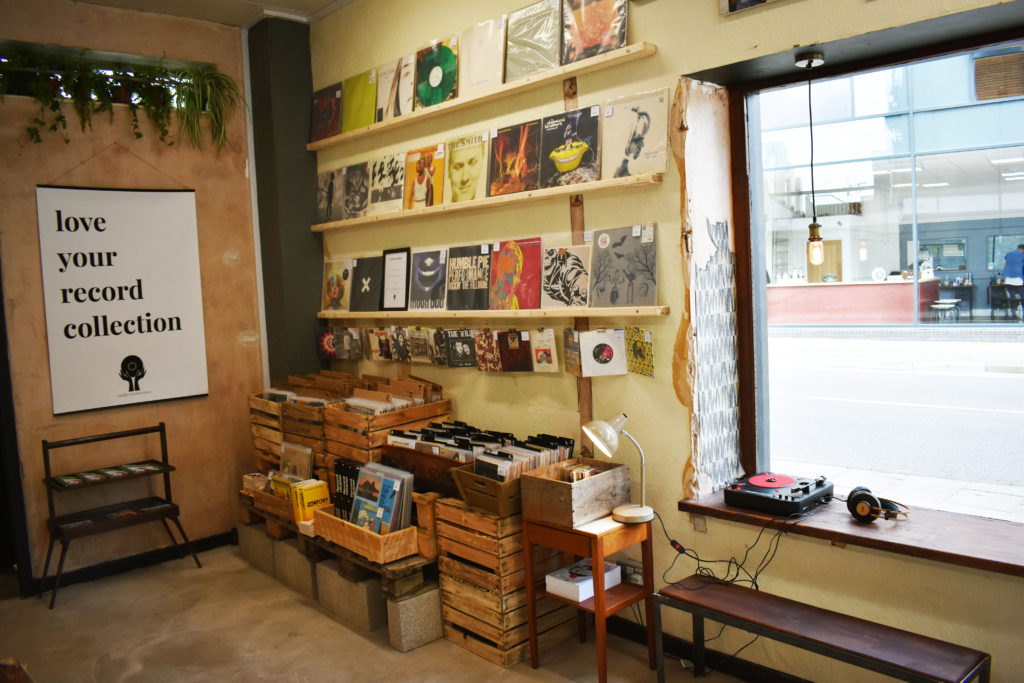 This begs the question as to why it’s taken this long for Southampton to have an independent record store in the first place. That much is unclear, but it is certainly encouraging that the relationship between nearby independent record stores is strong. Whereas in most other business ventures competition is primarily seen as a negative for the competitors, in the vinyl world it seems to only strengthen the music community. “It’s amazing now how independent record shops are actually hooking up together,” Coe elaborates. “We’ve just met Pie & Vinyl in Portsmouth and they’re willing to help us, and it’s just great to know that everybody else is willing to give you a hand, which I think back in the day wasn’t really the case.” 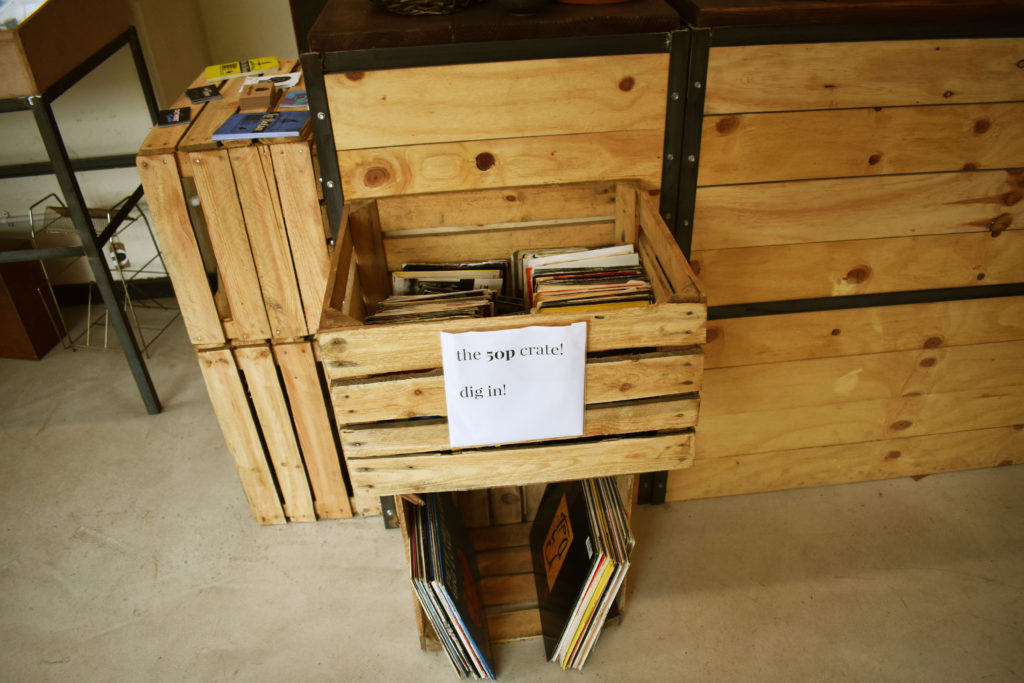 Seeing as the anticipation is now over and the hype surrounding the store’s opening has been almost overwhelming, attention naturally turns towards the future. “At some point we’re going to get a little bigger, maybe two floors,” Coe says. “We need to make our ‘pre-loved’ section bigger because it’s become really popular. So yeah, we’ll expand and just have another Vinilo maybe around the corner.” Coe’s enthusiasm for the store has been very obvious throughout the conversation, and for good reason; finally there is a place for Southampton’s budding vinyl generation to call their own. 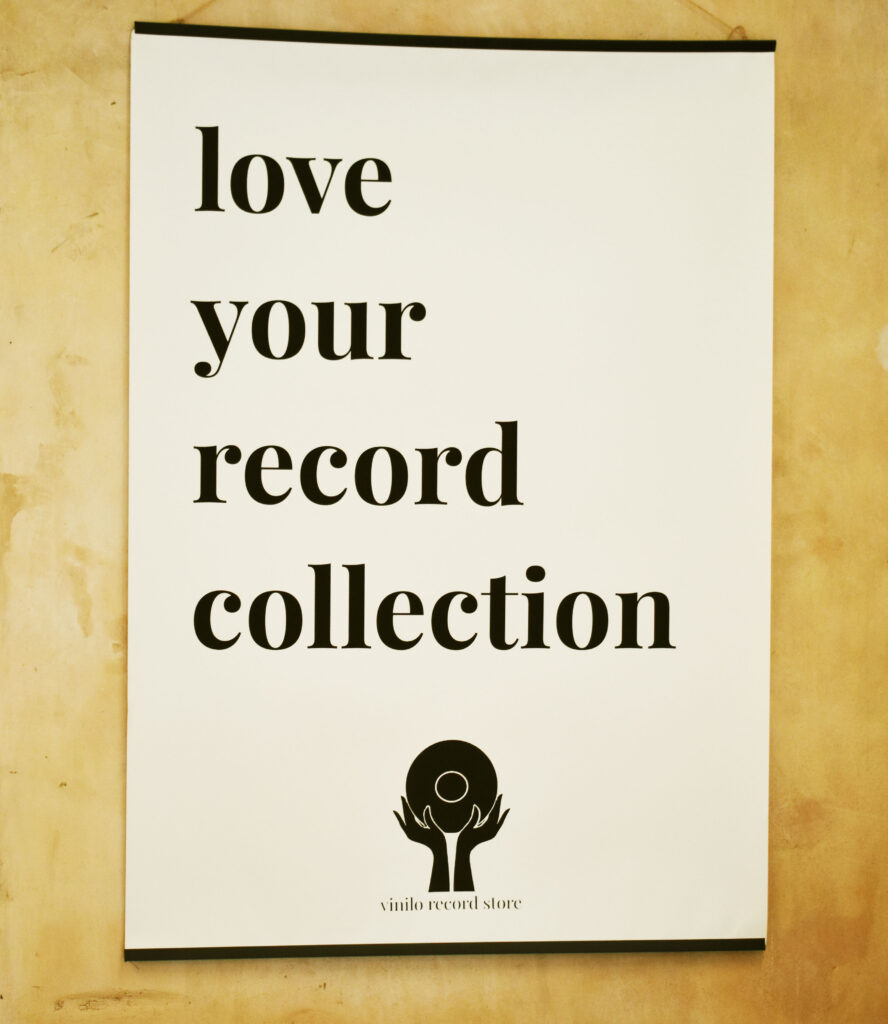 Found on 55 Queensway, SO143BL Southampton. Go in say ‘Hello’ and start your collection with people who know what there talking about.