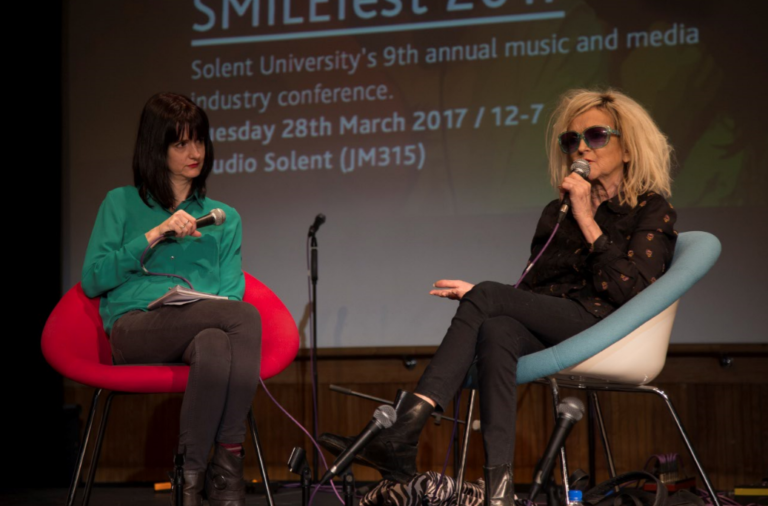 SMILEfest 2017: Annie Nightingale, “Turning up to a gig when it’s raining… that’s what makes the culture.”

Annie Nightingale is best known as Britain’s first female DJ on Radio 1 and is now the station’s longest serving broadcaster. She remains the only female DJ in the world to have been honoured with an MBE by The Queen.

Annie brought her irreverent humour to the show at exactly the time of the punk revolution. She has always played and enthused about underground and new music, and through her championing of breakbeat, she is now known as Queen Of Breaks.

Her career has been a fantastical musical journey beginning with hanging out with The Beatles, The Rolling Stones and The Who, becoming a journalist and TV presenter, and being a co-owner of a chain of fashion boutiques. Having cracked the all-male preserve of DJs at Radio 1, she began a long career in broadcasting, always choosing her own music and championing dozens of artists who later became world-wide successes.

We were extremely lucky to have Annie come down to our annual SMILEfest music and media conference this year. Annie was interviewed by our BA (Hons) Popular Music Journalism lecturer Fiona Sturges. 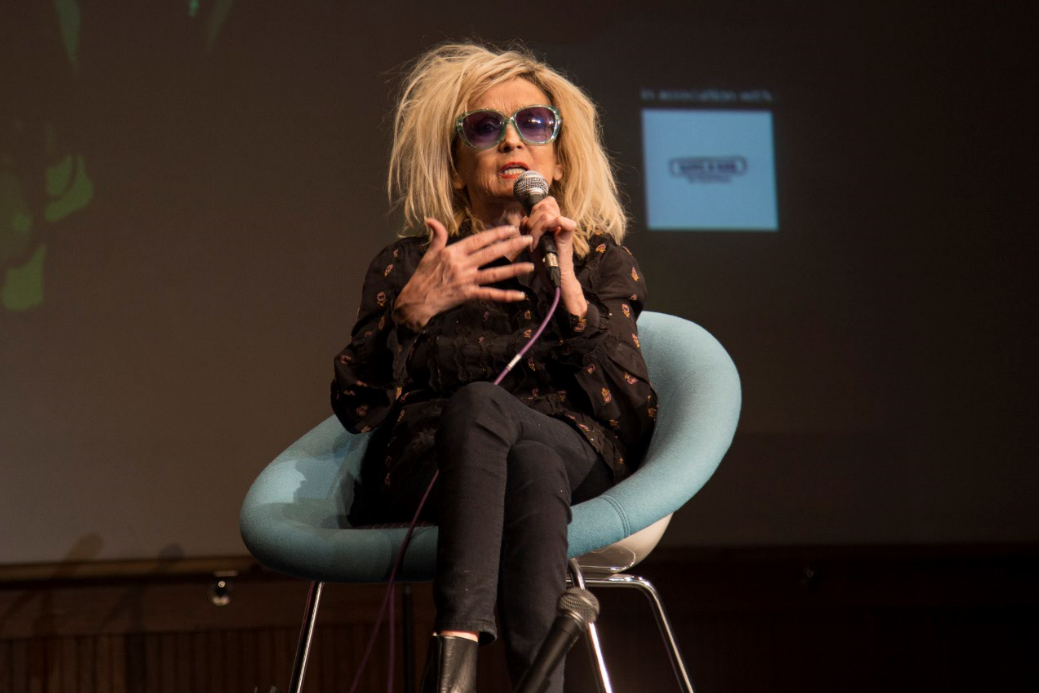 Talking about getting started, Annie says, „I wasn’t at all ambitious, it was just good fun. I went to university across the road from the BBC building and it never crossed my mind to work there. It always seemed like a stuffy establishment. I worked at a record shop but I didn’t like to reorder things. People would request things and I’d told them it had sold out!

I actually came to Southampton’s BBC South to do a TV reporter audition when I first started. I ended up not taking the job, but I did a programme for a local BBC station and thought, ’This feels right.’

„I was kind of against the whole idea of Radio 1 and the BBC establishment.“

I never actually felt I was very good at journalism. I thought you needed natural talent to succeed in the creative areas, but it’s the people that work very hard that get by. A lot of people don’t have natural talent and you can succeed and achieve what you want to do without it, too.“

„I thought you needed natural talent to succeed in the creative areas, but it’s the people that work very hard that get by.“ 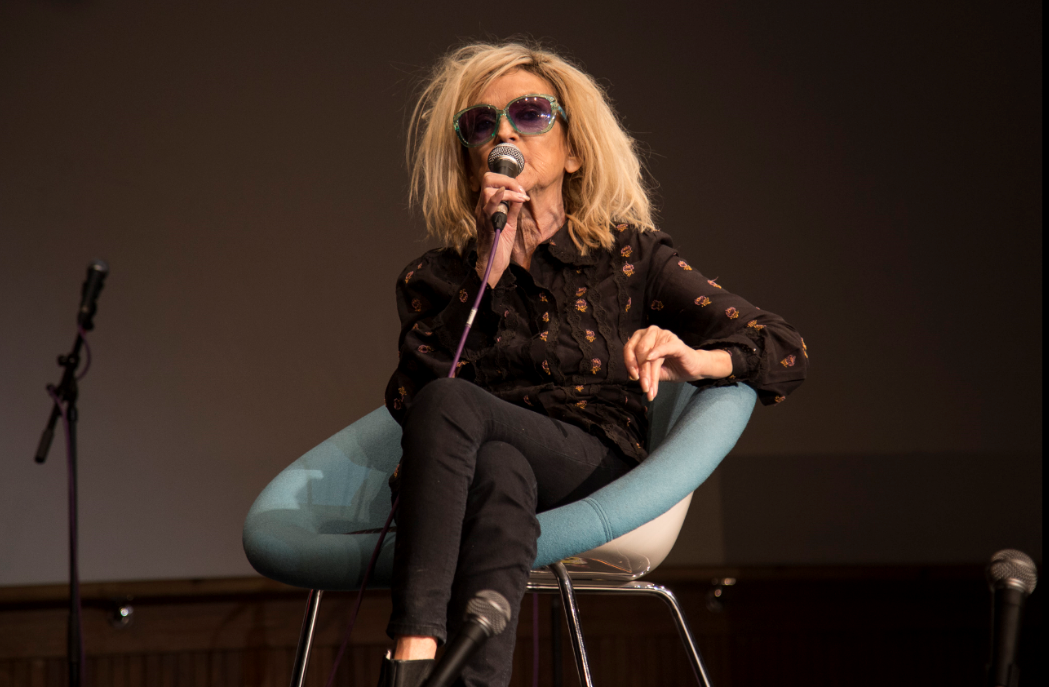 „I was kind of against the whole idea of Radio 1 and the BBC establishment. The people who first worked at Radio 1 had no experience at all and had an engineering background rather than a  musical one. Until then DJs didn’t exist, Radio 1 turned DJs glamorous and famous. I approached them saying that I wanted to be a DJ but they said no, ’But you’re a woman!’“

„I thought once I’d got in there, there’d be a lot more women coming, but there wasn’t another woman for 12 years. On my first show I stopped the record, there was 8 seconds of dead air. I thought I’d blown it, but they let me carry on.”

What’s Annie’s method of getting people to talk?

„Never ask questions that can be answered with ’yes’ or ’no’. If that does happens, you go ’why’. If someone’s a very cold person and gives nothing of themselves, you must get the person to trust you and realise that you’re a human too. They’re possibly a bit wary of you. Ask questions that aren’t obvious. If you ask an obvious question, you’ll get an obvious answer. People like being asked about their childhood. If you’ve got a nasty question, save it for the end. If you’re doing it for broadcast, you’ve got to shut up, don’t go ’mm’ ’yes’ ’yeah’ ’okay’ ’that’s good’.  You learn to nod.“

„If you’re doing it for broadcast, you’ve got to shut up. You learn to nod.“ 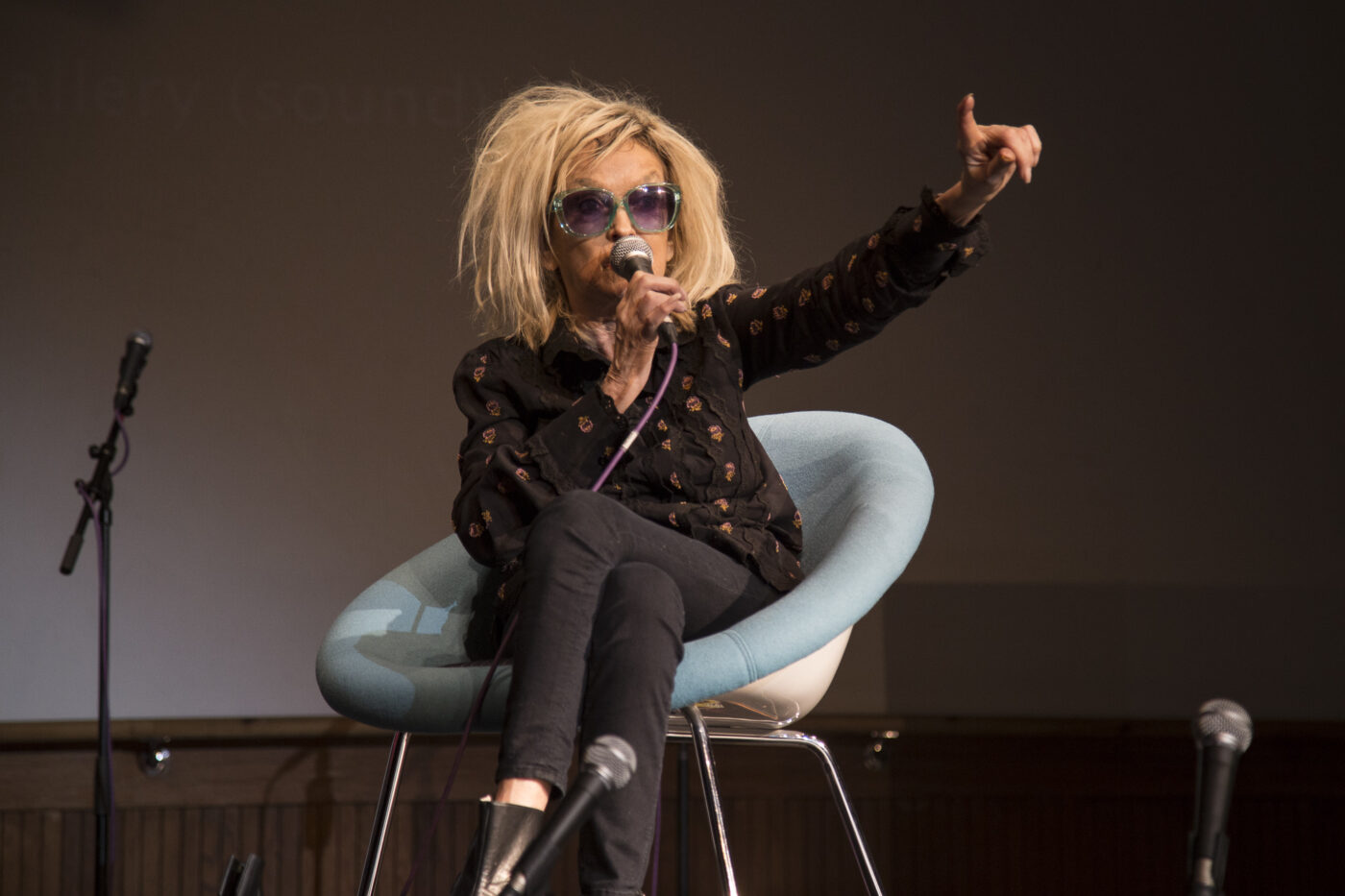 What’s Annie’s advice on how to get into it nowadays?

„In London there are spaces like Radar – it’s a matter of volunteering. You’ve got a lot of advantages. They want people with technical ability. There aren’t that many jobs in Radio 1 anymore, you’re either a presenter, producer or assistant producer. A lot of bright producers are taken away by Apple, Amazon, Spotify an others. It’s being tenacious, it’s not impossible.

I work at an independent company that makes my show for Radio 1. There are many of those. The indies can be people like yourself. Everyone’s a freelancer. It’s not huge money, but what is great about media broadcasting, is that it opens doors for you. It won’t make you very rich but it’ll make you very rich in experience, which has always mattered to me.“ 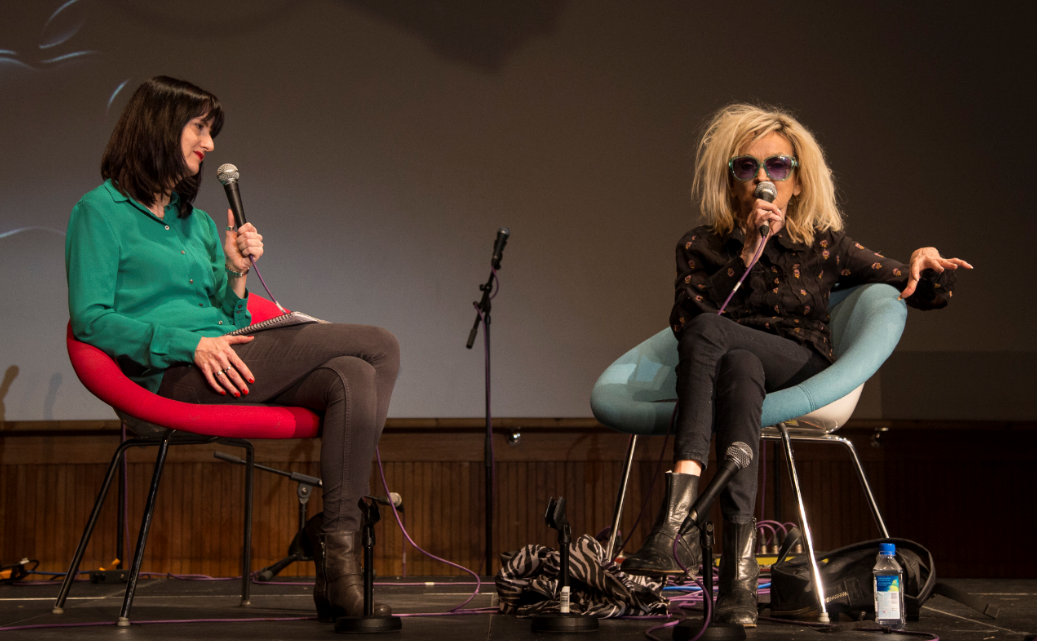 „Think of radio as a phone call – you’re speaking to one person at a time. When you’re on the radio people are doing different things. They’re listening on their own, so you never adress people in plural, you speak to one person. If you like, have a friend in mind, that can help. Avoid the co-hosting thing, it’s much more complicated. I did it once and it turned out the guy I did it with was quite resentful, but I didn’t know it at the time.“

„Think of radio as a phone call – you’re speaking to one person at a time.“

„I like what’s going on now. I don’t go on about the past, nobody can go back so make now fantastic. Turning up to a gig when it’s raining and you don’t have money.. that’s what makes the culture. Never take ’no’ for an answer, don’t give up. While you’re going towards A, you find out about B and keep heading in the direction you want.“

“Turning up to a gig when it’s raining and you don’t have money.. that’s what makes the culture.” 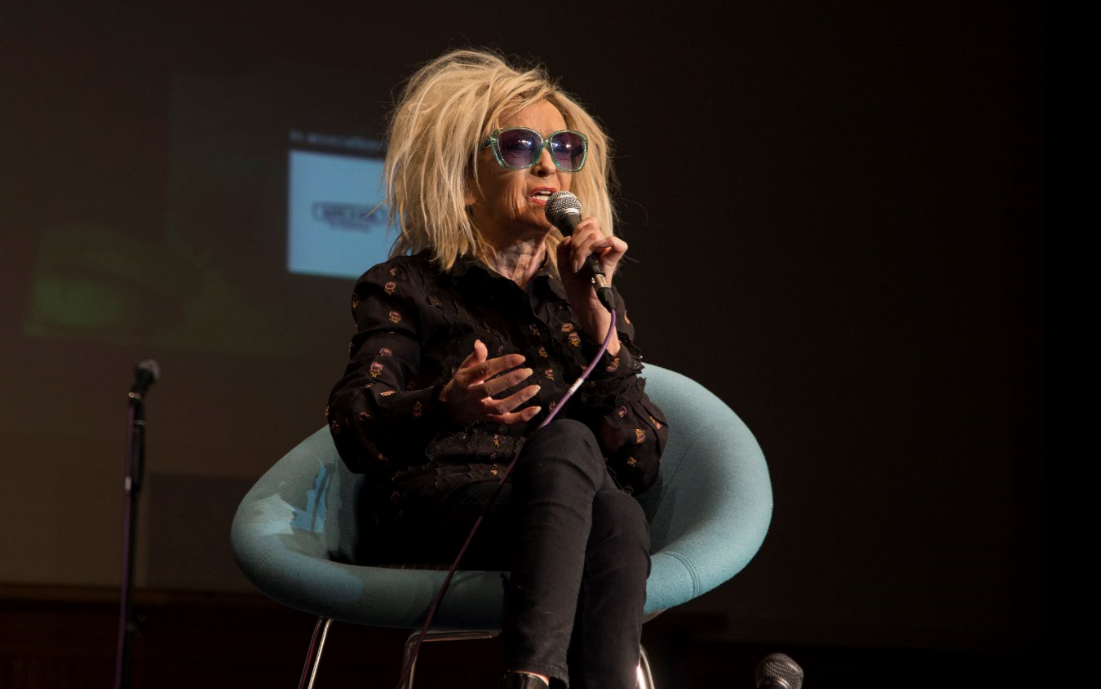