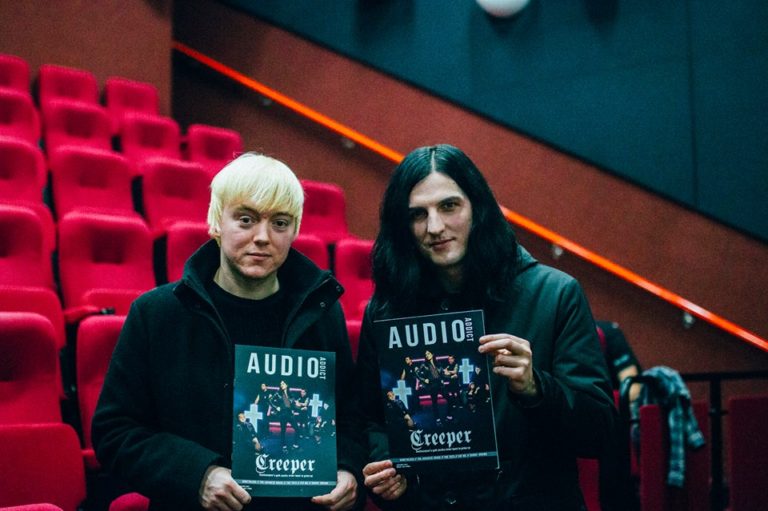 Audio Addict’s print and digital magazine, website and sister radio platform Radio Addict have become synonymous with the very best of music – from the mainstream to the margins – since the title’s launch eight years ago. 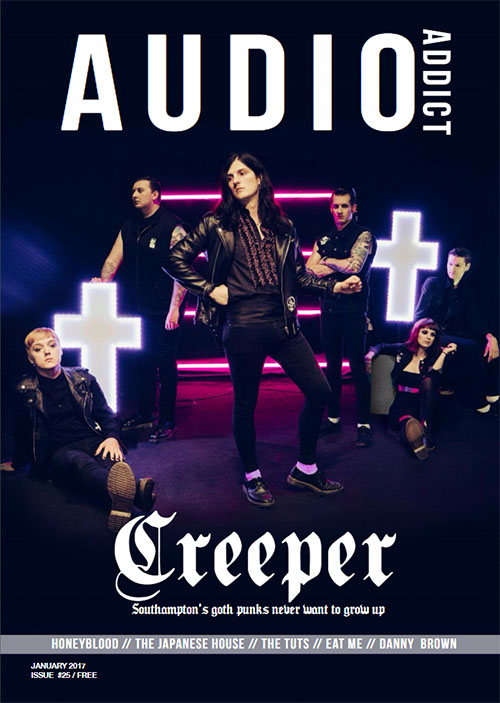 Magazine cover stars have included big names like Ellie Goulding, Bastille, Everything Everything and You Me at Six, as well as underground artists such as Darq E Freaker and Little Dragon.

The latest edition is a worthy addition to the Audio Addict catalogue with an impressive feature on local horror punk legends Creeper. The revamped editions were launched to coincide with a guest talk from Creeper at Solent University. This was was also live-streamed by Radio Addict. 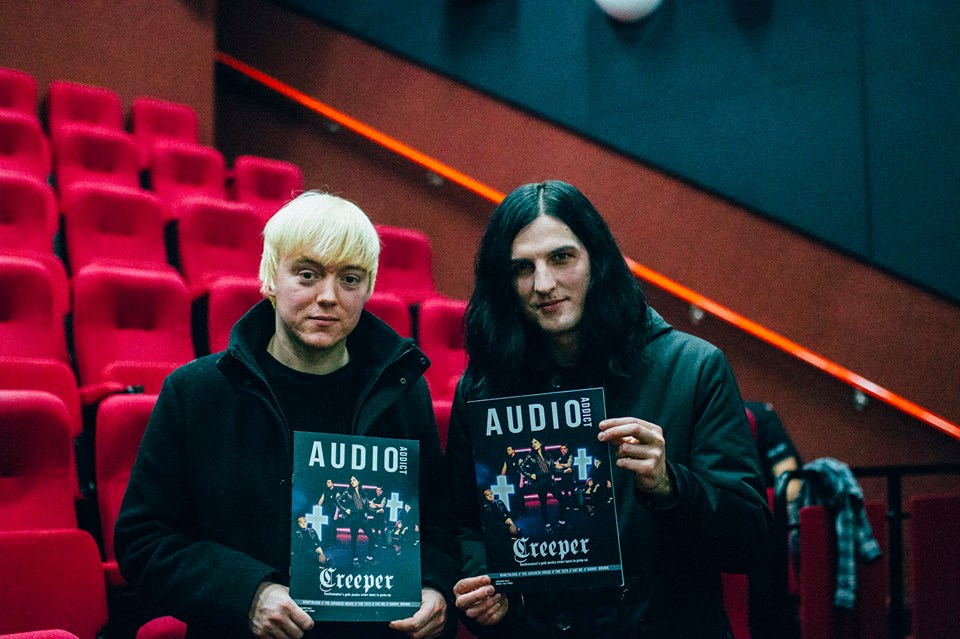 (Creeper at Southampton Solent Uni, ‘I’ve learned to be uncompromising with my art.’)

“To be given the opportunity to produce print magazines is amazing. You not only get to experience first hand how hectic and busy the industry is when trying to meet crucial deadlines, but it also teaches you time management skills while securing important relationships with current industry creatives. Print is not dead, and having a physical copy of Audio Addict just proves how all that hard work and stress is unbelievably worth it in the end.”

Our most recent Audio Addict graduates are no different, with two of the team already finding dream journalism jobs. Last year’s editor Ben Hindle, was offered a job as staff writer at internationally published dance music magazine DJ before he had even graduated. He has already been promoted and is now their clubs editor:

“As the clubs editor at DJ Mag, I commission live reviews of gigs and festivals, organise other content relating to events and write various articles within the print magazine and for the website. Working on Audio Addict set me up for this. It gave me the experience I needed to do the job well.

“I first made contact with DJ Mag through the Audio Addict “Magazine In A Day” project – part of SMILEfest. I then spent my three years at university writing freelance for DJ, along with several others.”

Since its first edition, Audio Addict has made a huge impact throughout the world starting with its worldwide exclusive feature on The Prodigy prior to the release of their album Invaders Must Die. Over one million Prodigy fans worldwide attempted to access the magazine over one weekend.