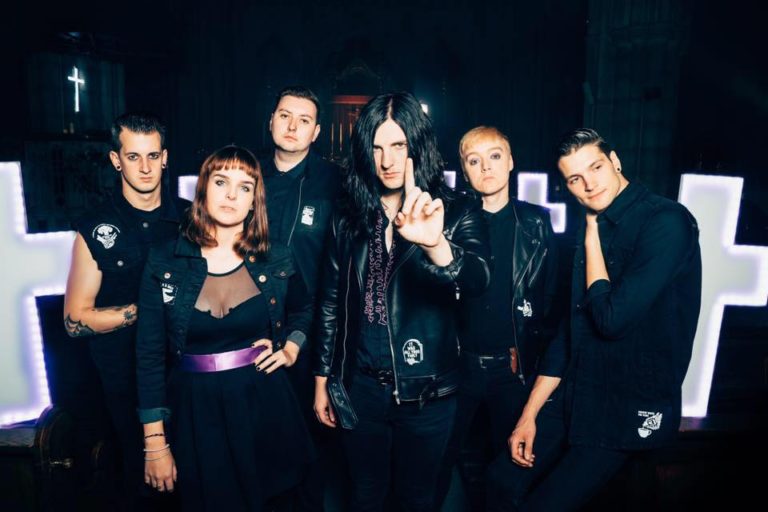 Creeper at Southampton Solent Uni, ’I’ve learned to be uncompromising with my art because people admire it.’

Creeper are local legends so it wasn’t surprising when their Q&A at Solent Uni was completely packed and people squeezed on stairs and stood up.

Will and Ian from Creeper were interviewed by their friend and producer Neil Kennedy (The Ranch Production House, SSU). They talked about everything from inspiration, adulthood, record deals to messing up on stage and touring. The event also marked the launch of Audio Addict‘s 25th issue that featured Creeper as cover stars.

Solent Music was at the event to bring you the highlights.

Will and Ian were in a band called Our Time Down Here, which essentially became the backbone of Creeper. After they disbanded, the guys took a year-break from music and touring, which meant they had to work dull office jobs.  Or actually, would you call walking around as a giant box of pizza dull?

It soon turned out ’being adults was so rubbish’ that Will and Ian found themselves in music once again. Just this time, they worked their bums off – still keeping their day jobs – and got very lucky.

Creeper has a very strong image and a narrative to it. Was this something you consciously wanted to present, this full package?

Will, ’At the time we started, all of the theatrics of UK punk rock had been stripped away. So our image was a response to that.’

When it comes to the grand narrative, the band are very hands on and involved. Largely because they come from the DIY punk scene. Like their image, the narratives are a reaction to how other bands and musicians work. It’s a way of creating an experience and making it more fun.

Will, ’At one point I wore our T-shirt on stage as part of my costume, so in that way it kind of became a prop in itself and something that people could relate to. Something real.’

The narrative is also more about escapism rather than just songs.

The narrative is also more about escapism rather than just songs. If people want to, they can delve into the story. The band’s approach to image and narrative were inspired by old-time favourites like X-Files, Blairwitch Project and Twin Peaks.

Ian, ’Will had ideas for fleshing stories out in the context of the records.’

’Creeper is a very hands-on project. It’s an art project.’

How did you actually launch creeper and when did the record deal come about?

Will, ’The actual launch of Creeper was a reaction to how others did things.’

Instead of going down the road of textbook pre-promotion and ’teasers’, the band got everything sorted, recorded, atwork and website done before announcing anything, so that they’d have the full package to release all at once.

’The actual launch of Creeper was a reaction to how others did things.’

Ian, ’It all happened very fast. A guy came down to our first show at The Joiners and we started chatting to him after the show. And then a few months later we had a meeting with a bunch of labels and the guy was there, so that’s how it happened.’

At that time, the guys still continued working at call centres and print shops to get by.

Do you have any good advice to give to aspiring bands? How to start one, the do’s and don’ts.

Will, ’Just play loads. One of the things I regret a bit is that when we started playing live, we weren’t jelled as a unit yet. Our 12th show was at Electric Ballroom supporting Funeral for a Friend. It all happened so fast.’

Ian, ’Yeah, we just didn’t have the time to grow as a group before we went on to these big stages.’

’It was a bit of a mess. We kept bumping into each other on the stage.’

Will, ’Someone stage dived and I almost completely fell over.’

Ian, ’I think the most important thing is not stopping. Even if something bad happens that makes you want to move away from it, just plough on.’

Will, ’I have an image of Ian sitting in the back of a van, eating baked beans with bread, spilling the beans everywhere and saying it was the worst day of his whole life. And we’re still playing together.’

How did you end up touring with Funeral for a Friend?

Matt from Funeral for a Friend came to see their old band at Swansea. There was probably 25 people at the show. Matt really liked them and he ended up helping them release vinyl and bough all of their merchandise. So when Creeper came together, Matt asked them to tour together.

Will, ’We’ve learned so much from other bands. We try to take something from every band we meet and make it our own,’

Will, ’Yeah, you should see the warehouse we have, it’s massive.’

’I’ve learned to be uncompromising with my art because people admire it.’

Let’s talk about recording. Do you have a writing process?

The guys say it’s completely different for every record, but usually tends to be them sitting together. The seed can be a riff, or an idea from another idea or a chorus.

Will, ’I play the piano quite badly, but I usually put down the vocal idea on piano, though it might sound a bit unmusical at first.

Will, ’We wanted to keep it a secret that we were recording, so we had to keep on touring, do press meetings and record at the same time. It was very stressful. My voice was tired and I was burnt out. One time we only had 13 minutes to record vocals for a song.’

‘One time we only had 13 minutes to record vocals for a song.’

Do you have any studio secrets?

Will, ’I ended up recording vocals in the control room because it was easier to get immediate feedback and not wait until someone puts you through to the others from the booth.’ 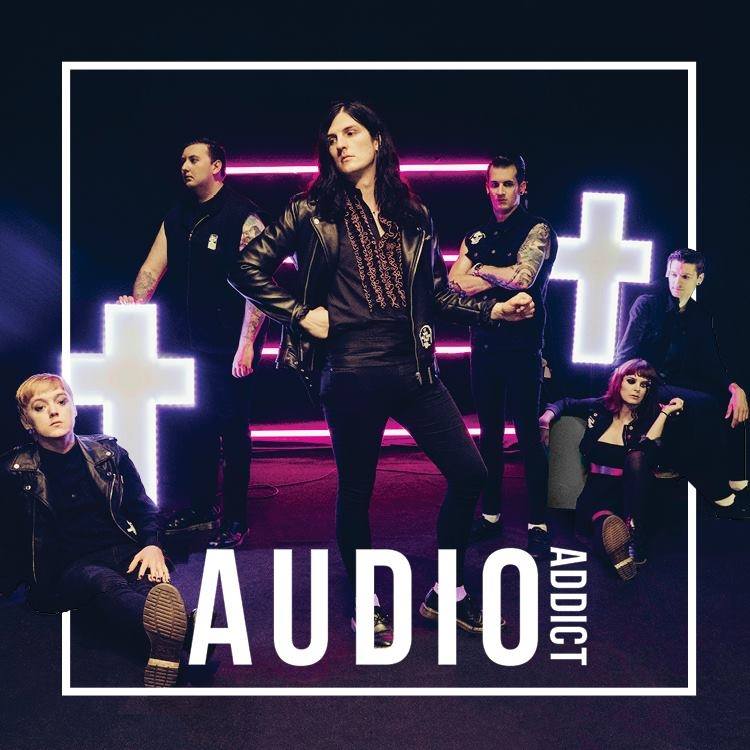 Neil, ’Well Pitbull’s always up for it.’