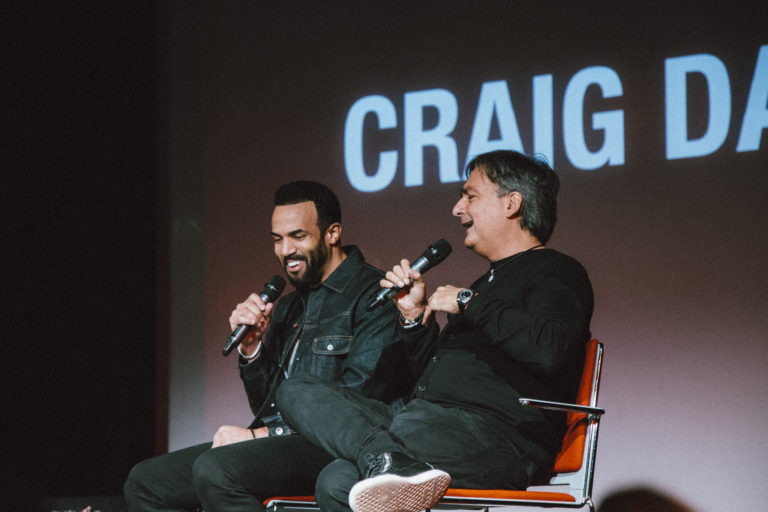 Craig David at Solent, ‘I know now for sure that I’m back in the lane.’

‍We are very proud to once again welcome the local legend Craig David and his manager Colin Lester to our campus for a Q&A session and talk. Both of them have been honoured with Southampton Solent University’s Honorary Doctorates in Music. Craig and Colin came to the University straight from Craig’s press conference where he announced his biggest Southampton show to date on Friday, 1st September at The Ageas Rose Bowl. 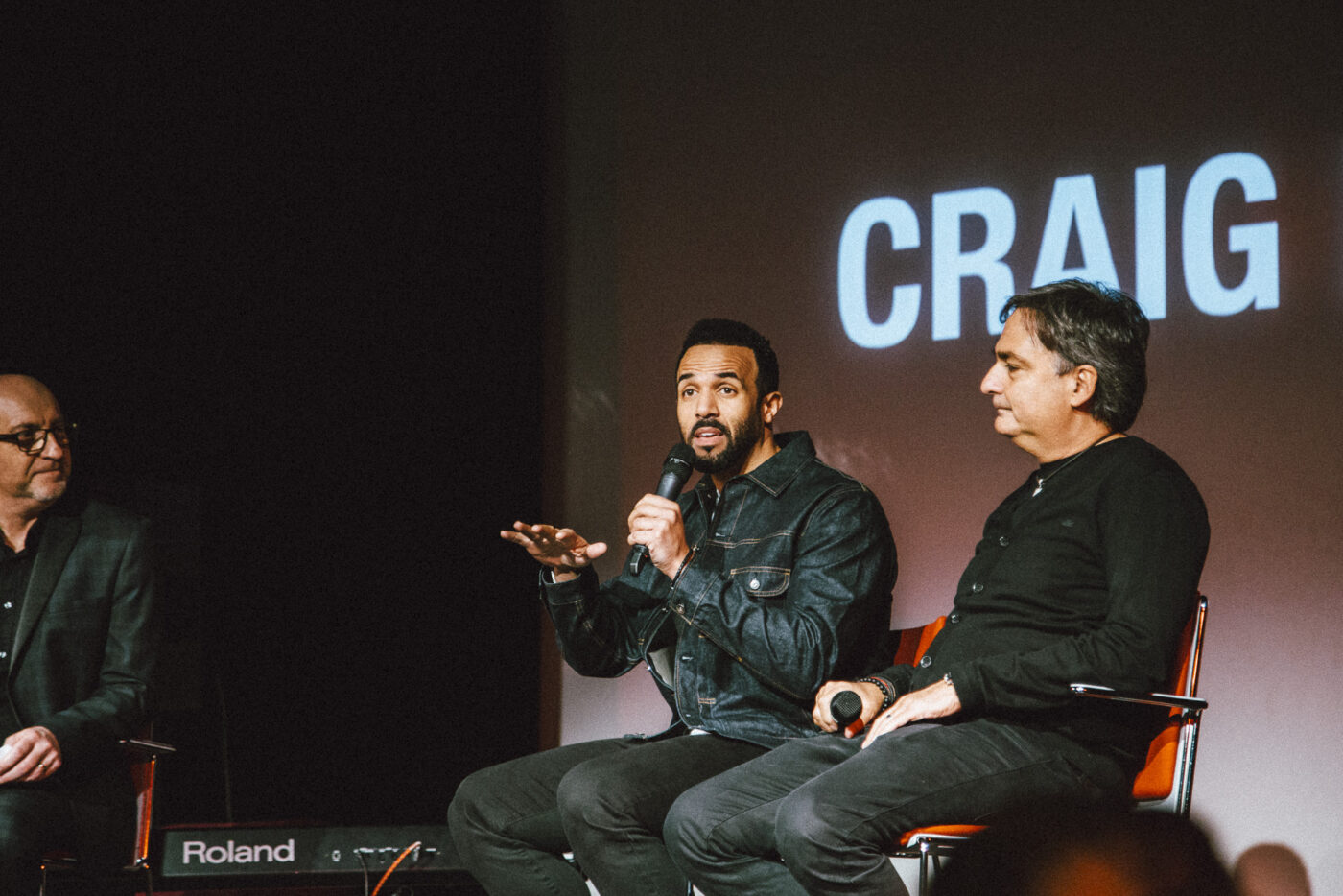 Did you know? Craig’s TS5 got its name from his address in Miami. Miami is where he started putting on his DJ house shows that are now incorporated into his performances as TS5.

After announcing his biggest Southampton headline show to our students, Craig went on to talk about Colin as a manager.

Craig, “I can hype Colin for as long as needed. He picks great songs, has a great ear for music, he’s obviously managed huge acts like Travis and Arctic Monkeys. The greatest thing was when you first came down to Southampton sixteen years ago. You couldn’t promise my mum her son’s success, but you told her you would protect him and do your utmost to give him a career he could lead.”

“He’s had my back and led my way for 16 years. He’s always said that, ‘Three minutes can change your life and if you need time to create, then I can give you that.’ and I respect him so much for that. It’s more than just a manager-artist relationship – it’s a friend, best friend, soulmate relationship. And I just want to say thank you because it’s real.”

It’s clear to see why The A&R Awards awarded Colin with the Artist Loyalty Award in 2016. 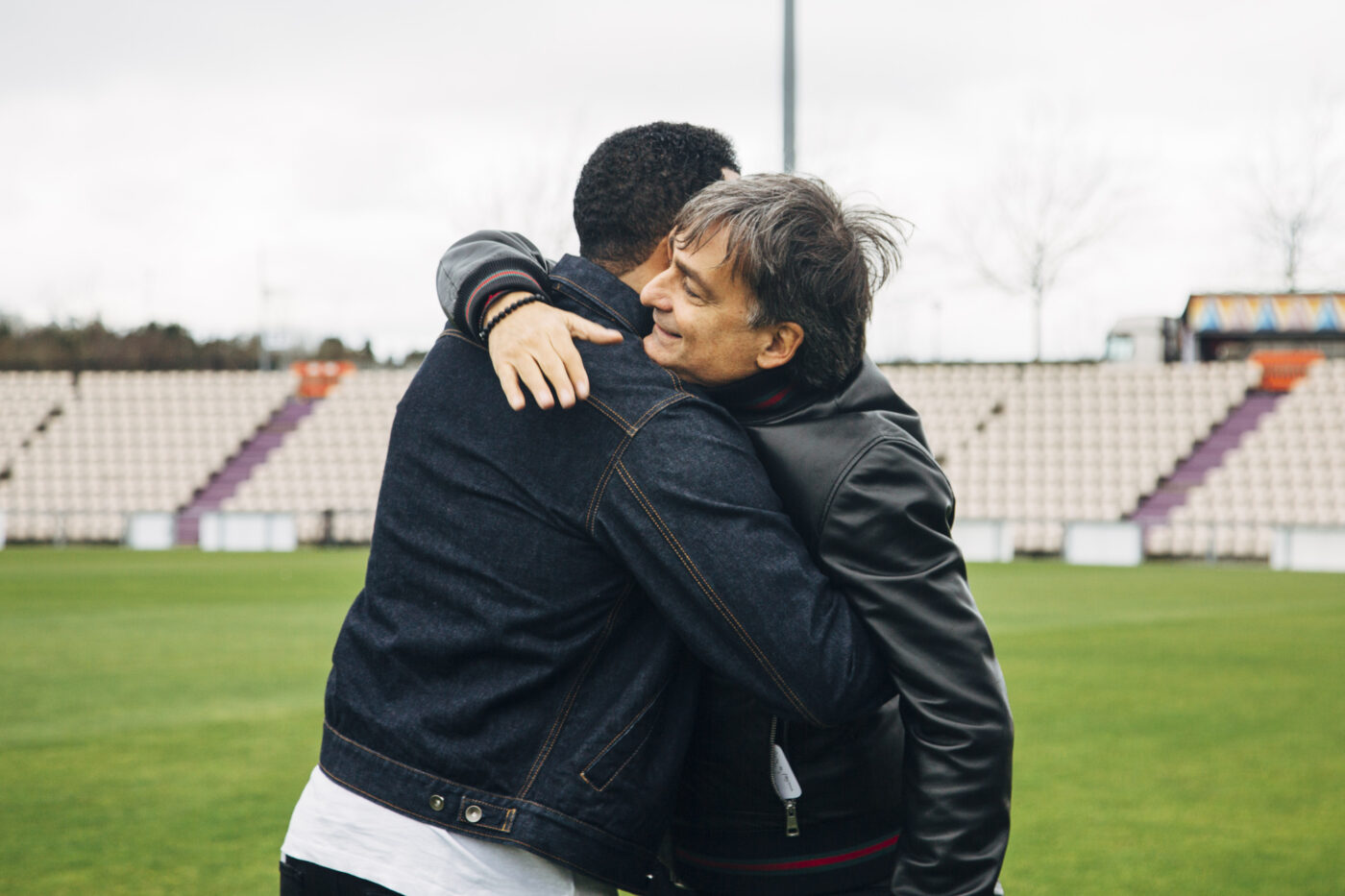 Colin, “It’s been a very easy journey managing Craig. I often say that my door says ’manager’ not ’magician’ and when you work with an artist as talented as Craig, it makes my job easier. Even when the times were difficult, he understood that it was up to him to make it work. He’s been a dream artist to manage. He’s part of my family. I honestly believe you will have to go a long way to find a better singer with a purer voice. Southampton, thank you for Craig David.”

“I often say that my door says ’manager’ not ’magician’ and when you work with an artist as talented as Craig, it makes my job easier.”

When asked about the more challenging times, Craig said, “There was a time when I felt that I was forcing the music a bit and I needed a break. Colin supported me and during my time off I started running house shows in Miami, which is how TS5 was born. I know now for sure that I’m back in the lane.”

“I know now for sure that I’m back in the lane.”

When asked how an artist gets to a place where they know that their creation is the new thing, Craig said,

“You’ve got to be a visionary. There are going to be people who are going to tell you that it isn’t going to work, but you have to hold your ground. Good song is a good song. Do you and ride through people telling you otherwise. Remember that the song does the talking.”

“There are going to be people who are going to tell you that it isn’t going to work, but you have to hold your ground.”

Colin, “It’s a known fact that the first one through the door will get 50% of the market so you want to be the first. As an artist you can be a leader or a follower. Music is cyclical, everything goes around like fashion. You can look at the cycle and see what’s coming back. It’s like the resurgence of vinyl.’