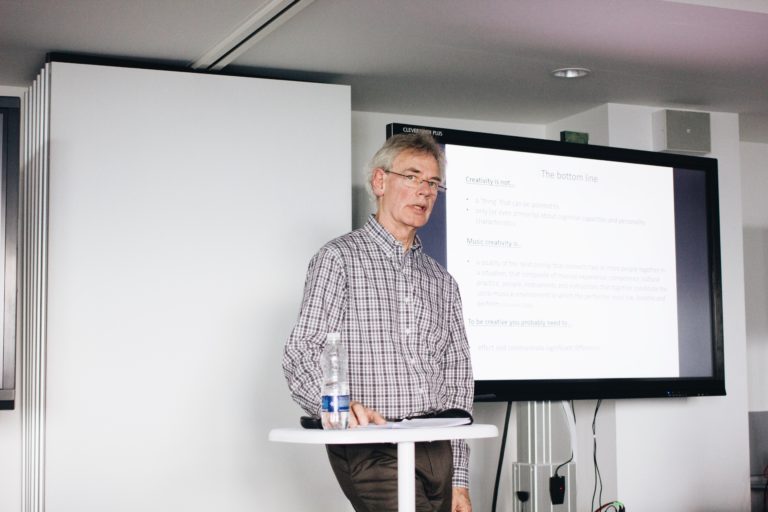 Bill Bruford is a drum legend who has played in bands like Yes, Genesis, King Crimson and Earthworks. Bill was named 16th in Rolling Stones’ ’100 Greatest Drummers of All Time’ and was one of the pioneers in the ’Art Rock’ movement. We were lucky to have Bill give a guest talk to our music students on creativity in music.

Bill discussed individual and collaborative creativity; how to play around with the kit to make the performance more interesting; how to hold back and restrain but still supply forward momentum and energy; how to play homage to a piece while modernising it.

Bill also discussed how his creative freedom has varied in the bands he has played in. Bill said Genesis was fairly constraint with no real creativity. It was about learning the beats and performing them: a hard functional creativity. Yes, however, came with a lot more freedom. They were just five very diverse guys, diversity being one of the key ingredients of creativity. An interesting challenge at that time was that whenever you found a better instrumentalist, you would instantly change them. The best source of creativity for Bill was his own band Earthworks where there wasn’t a record company dictating what they should and should not do. One of the most challenging times were when Bill played with the band U.K.’s guitarist Allan Holdsworth. Allan never gave any bar lines, tempo, no nothing! Bill had to figure everything out as they went.

Talking about recording, Bill said that with Yes they all recorded together but while others would do rough takes, the drummer had to play his part to perfection every single time. It was hard to edit tapes and there was no click drum either.

When asked about playing with another drummer, Bill admits it can be horrible or fun. It depends on the situation.

Bill ends the talk by admitting that pop melodies seem to be running out yet the timbre and sound are changing. Drum beats are becoming more homogeneous, time signatures are fading and most often songs are built upon on a basic beat of 120bpm. But he does admit that the quality of the sound is amazing. 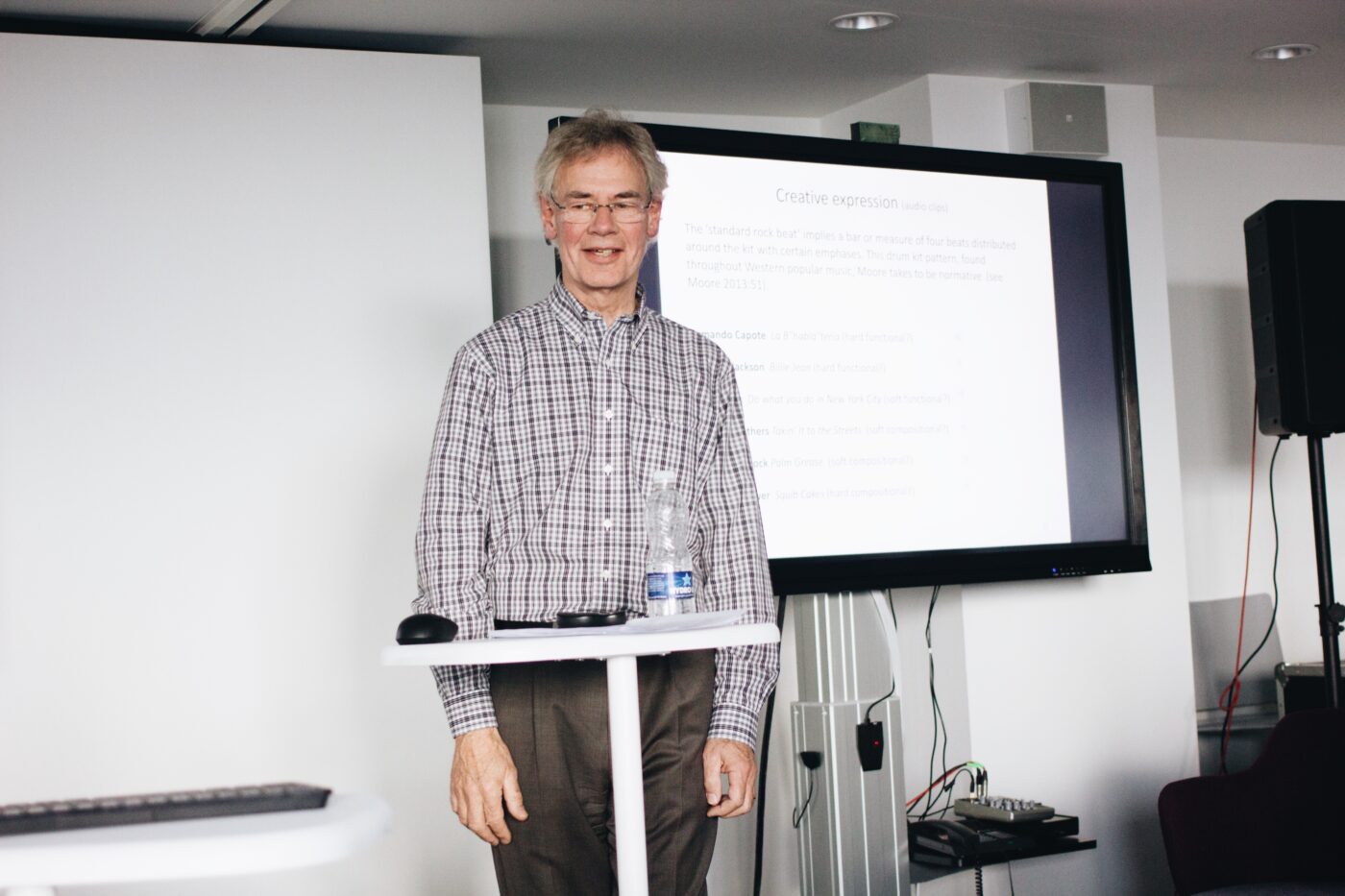