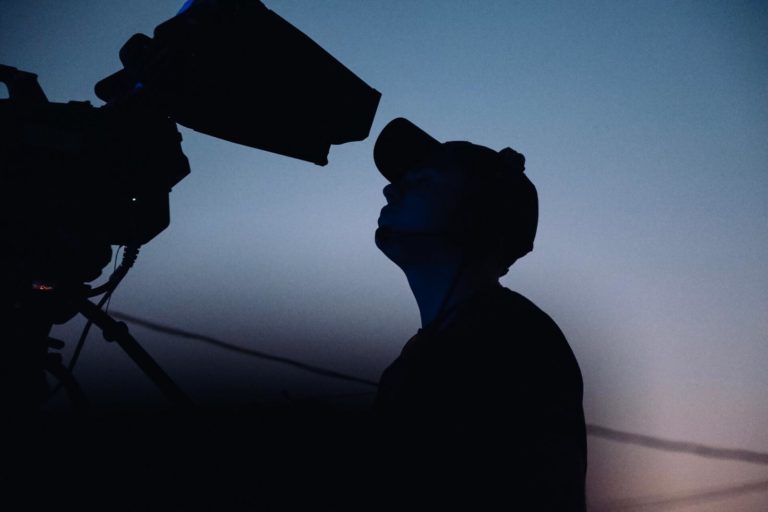 For years Glastonbury has been one of those festivals that people dream to go to, whether that’s working at the festival or just being there for the early bird ticket.  Glastonbury is notorious for selling out it’s tickets within thirty minutes and the same when it comes to the re-sale so when Solent students are offered the chance to work this year’s festival then it’s an easy decision.

Before the festival even started there was an uneasiness within the group of students going as the prediction on the weather changed every other hour.  One minute it’ll be beautiful skylines with a hint of hot, sweaty days and then the next minute it’s a miserable set of days of clouds, rain and even a prediction of thunder.  Good thing they packed wellies just in case.

Solent were given permission to film on two different stages, Gully Blues and Left Field.  Two very different stages, but stages that gave students a week they will never forget.  Between camera operators, social media assistants, audio engineers, directors, copyright/legal, documentary crews and more, Solent were kept busy for every part of the week and had a mixture of different year groups.  From third years who were ready to graduate in a couple of weeks to second years who were trying to figure out what they want to do in life, it felt like a group who jelled very well together as people from different courses got to know each other and formed a friendship during the festival and afterwards.

At the very start of the festival it was quiet, sometimes all you could hear was the occasional drill of the stages still being built, but as the days went on and the stages were packed with music enthusiasts, it was clear that the stage students were camped next to wasn’t going to let them sleep.  A mini stage that was a DJ/rave stage went on until 3am, which led to many of the students groaning as they knew they wouldn’t get much sleep.  But then again, it’s a festival, is sleep a thing?

As the days went on they got hotter and students were able to get into a routine.  Many third years explained that they were waking up early, getting breakfast with the crew and getting ready for the day like it was a job.  That is what this experience needed to be, it needed to be something students can put on their CV, something that they can use for the future and something to brag to their friends about.

Students were able to have access to job roles they wouldn’t normally have so they can gain valuable real-world experience.  Whether it was first years being runners on the BBC stages or third years doing camera operating for the first time it was an experience that employers would love to hear more about in interviews.

More opportunities were awarded to students who wanted to grab them, for example, Vampire Weekend were doing a secret set at 11am on the Saturday, so this meant that Solent Productions were given not only access to film the gig, but to interview the band and interviewing the band was a student who had to calm her nerves and interview a massive band who had just released new music.  How can anyone complain at that?

Throughout the week that Solent were at Glastonbury it was not only an amazing experience, but to have access to the press sections, meals paid for and to be able to see their favourite artists/bands live is just something else.

Fifteen years of Solent University partnering with Glastonbury Festival this year was definitely something to celebrate and with the students creating incredible content, which left band managers impressed, organisers of the festival pleased and leaving Solent University a pleasure to work with within the festival community it definitely meant a few beers on the final night.

The mixture of Film and TV, music journalism, media and master’s students who worked together, became friends and created content together meant for an amazing festival.

Although wearing the hi vis vests meant for a lot of questions about where the toilets are, which bar is where and where is the nearest coffee from the public, so next year maybe not bring them along? Just a suggestion.