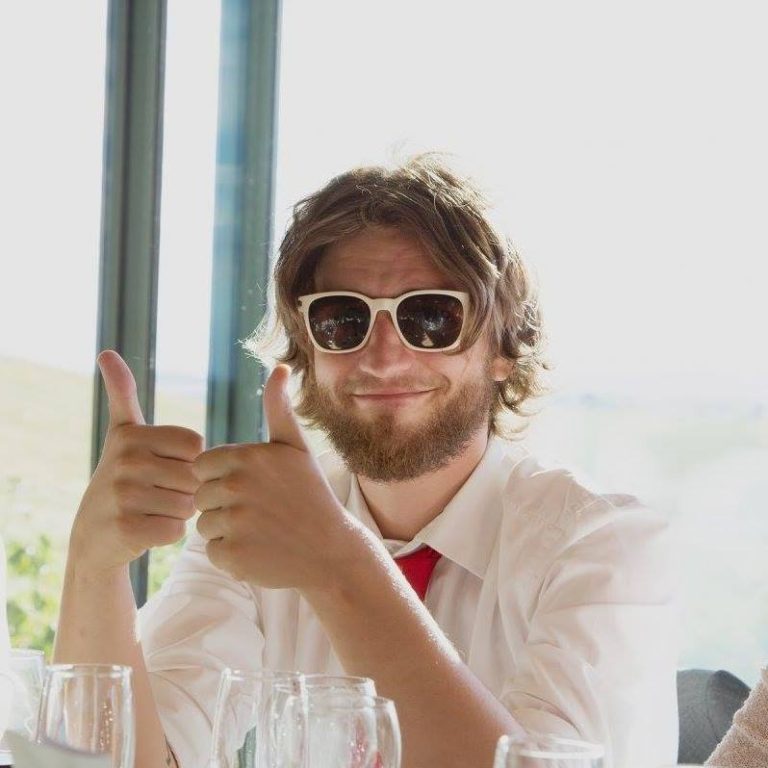 How graduate Oliver Gamston went from centre stage to backstage

Oliver Gamston graduated from BA (Hons) Popular Music Performance in 2012. He’s now the Music Supervisor at De Wolfe Music, a production music company that offers a huge library and deals with music sync and licensing worldwide. We caught up with Oliver to talk about his journey from an aspiring performer to the backstage of the industry.

When did you realise you were drawn more towards the backstage of the industry than musicianship?

It wasn’t originally the aim at all. I went off to do an MA in popular music studies, planning to go in to academia and lecturing. However post-MA had different plans, so I went back to square one, reconsidering my other strengths and skills. This led me with my digital skills in to Giles Stanley’s management company, which then led me down the sync and broadcast route, where I found a passion for finding people work in an area of the industry which is a driving force in the payment of artists’ music.

“I found a passion for finding people work in an area of the industry which is a driving force in the payment of artists’ music.”

How did you get the role at De Wolfe Music?

UK Music Jobs was where the job was advertised. And by luck, I had been to the Angel Studios, which the company owns, with one of Giles’ clients, recording his album, so I knew the company’s services.

Do you think the performance course taught you to see both sides of the industry – business and artists?

With my current knowledge, I’m not sure. At the time it may have been, but I may have been more focused on academia rather than the real world business of the industry. It most definitely set me up with skills to transfer to the business side.

Can you tell us about your regular day at work?

Listening to music day in and day out. Whether it’s our library music, new music from independent artists, or YouTube, it’s my job to be fully aware of current music trends. This takes place among answering emails and phone calls. I work with different clients each day, aiming to place the right music for their work, whether it’s library music, commercial music, or bespoke compositions.

What are the favourite projects you’ve worked on?

Anything with the BBC Match of the Day and Football Focus team. I’ve been honoured to have worked for the last two consecutive years on the episodes where the winner of the Premier League trophy was decided (Chelsea 2014-2015 and Leicester City 2015-2016).

Apart from this, anything with Louis Theroux and his team, and BBC, ITV and Channel 5 documentaries and factual investigations. Working with BBH on selecting the right music for an Audi advert they were working on that was shown across Europe was one of my favourite achievements also.

Would you say the music industry is more of a ’who you know’ rather than a ’what you know’ industry? Have you experienced it yourself?

Most certainly. You will leave university the way you entered, albeit with a little more information, and hopefully a BA (Hons). I’ve secured jobs throughout the industry based more on who I know rather than what I know. A case in point with a lot of the BBC departments from drinks and meetings with one person, leading to being recommended to another person in a different area of content. I would recommend getting an internship while at uni, so you leave with some experience. You have ’free’ money from the Government, and at least two days off a week – get a season train ticket, and work in London or somewhere with a company.

“…get a season train ticket, and work in London or somewhere with a company.”

If you could do any job in the world, what would it be?

To be honest, this job is pretty incredible, and I love the satisfaction it gives when a project is all signed off and completed. However, my true calling would probably be in Government protecting artists’ rights and musicians’ payments. To this day, it’s a wonder that people are still abusing the work of musicians for their own gain, and not considering the effects it has on their livelihood.

What kind of music are you into?

Throw a barrel of tools off a cliff with a recorder inside of it, and that’s pretty close. Apart from that, the safe options would be post-rock and anything by Springsteen, as the lecturers who know me will say.

Pay the membership fee for UK Music Jobs and you’ll be fine looking for work – there’s so much on there in different areas of the industry. You’ll find roles that you have an interest for, and it’s one of the best resources everyone uses in the industry.

Who are some new and exciting artist for you at the moment?

Creeper are taking off massively at the moment. I know the members through one of my coursemates who played with them, so it’s great to see them finally getting the recognition they deserve for the work they’ve put in. Apart from them, Nathan Fake and Jon Hopkins, both of whom have been going for a couple of years, but have produced cracking pieces of work.

What can you suggest to a student looking to go into the industry? Are there certain qualities a person has to have in order to succeed?

Determination. I always knew I could make money off music with my character and knowledge, and kept believing that even when everything was at its roughest. I remember working a zero-hour contract as my only income. Alongside sleeping on my girlfriend’s, family’s, and friend’s beds and floors in Southampton and London, being a bit of a nomad for a year and turning down non-music related jobs before securing my first job in the industry. If you’re not driven and just want an easy route in to a job, you’re not going to succeed. You need to accept there will be hard times, but if you can get through those, you’ll make it, believe me.

“You need to accept there will be hard times, but if you can get through those, you’ll make it, believe me.”