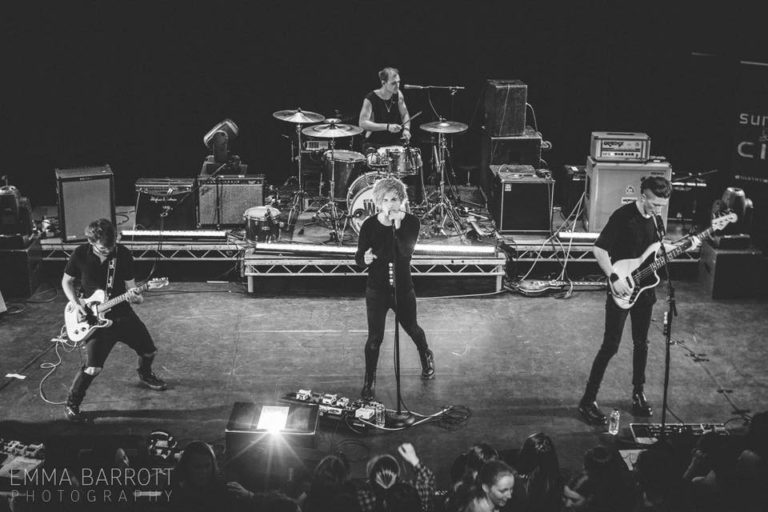 BA (Hons) Music Management student Jo Howarth (How Art Music) -managed band Summer City have released a live EP Summer City Live at Metropolis as part of the Bands Take A Stand campaign. This is in aid of an organisation called A Voice For The Innocent, who help victims of rape and sexual abuse. Many bands across the world take part in the campaign, but Summer City are the first UK band to support the cause.

Jo, ‘It’s a cause and a topic we as a band and as a team feel incredibly passionate about..’ Jo, “It’s an EP we recorded in Metropolis Studios last summer with Kieron Pepper (The Prodigy, Radiophonic Workshop). We wanted to release it later on in the year, but we saw the campaign starting to kick off yesterday, and knew we had to get behind it. It’s a cause and a topic we as a band and as a team feel incredibly passionate about, and we would do anything we can to help. People can download the EP on a pay-what-you-want basis, and ALL proceeds are going to A Voice For The Innocent.”

Bands Take A Stand mission is to, “To create safe spaces and use our collective voices as a vehicle for positive change within our music community. We and the music industry professionals we work with strive to create a better scene and engender lasting change through the songs we write and the shows we play.”

Listen and buy the EP: