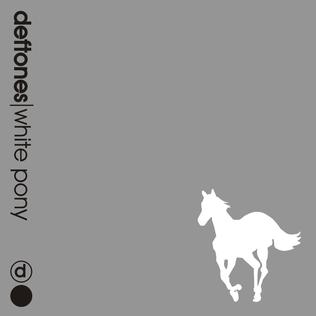 Let’s go back and remember what was popular in the mainstream for rock music in the year 2000. Unfortunately, it was Post grunge, Nu metal and Industrial metal. Acts like Powerman 5000 and Puddle of Mudd were relevant on the musical map and getting more focus than arguably better genres at the time, such as indie rock, Post Hardcore, stoner rock and the 2nd wave of emo. Fortunately, there were still some gems that set the new millennium off with a metaphorical bang.

Deftones 3rd album White Pony marks a growing point in the bands musical history. Their 2 previous releases, Adrenaline and Around the Fur were mature metal records blended with rap stylings and hardcore sensibilities. Around the Fur I feel is a solid and mature effort which serves as a stepping stone for the maturity and artistic development seen on White Pony. Frank Delgado joined the band full time after providing audio effects for half of the songs on Around the fur, adding a new element to the bands song writing process. The band spent 4 months working on the record which was the longest they’d ever spent on an album, and during this time frontman Chino Moreno explains this was the turning point where the band began working as a unit. 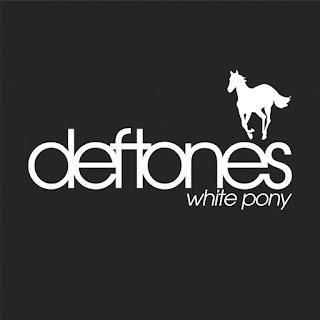 Lyrically, the songs weren’t written with a lyrical theme and were in a fantasy style. Moreno quoted as saying, “There’s a lot of stuff on this record that people are going to question me about, and I can just remove myself from it. It’s not me. I’m writing a story here.” Song topics range from a girl being electrocuted in a bath tub (‘Digital Bath’), a youthful romance coming to an end (‘Teenager’) and a man’s affection for a girl despite her severe illness (‘Rx Queen’).

The sound of the album is still considered alternative metal, and this is definitely the start of Deftones dealings with experimental rock which is the sound they incorporate today. It’s noted that on the album there are new wave, dream pop, trip hop, shoegaze and post-rock influences, prevalent on the songs ‘Digital Bath’, ‘Teenager’ and ‘Knife Party’.

Fun Fact – The album artwork is very similar to Hum’s You’d Prefer an Astronaut. Moreno saying that, “it’s where Deftones get a big part of our influence from, tone-wise” and “Deftones were definitely influenced by it.” 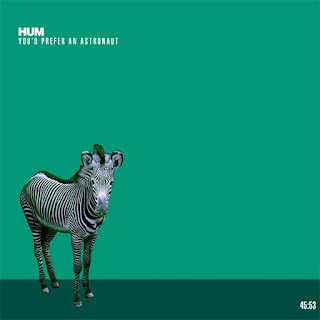 Fun Fact 2 – The first song on the reissued versions ‘Back to School’ is a reinterpretation of the albums closing track ‘Pink Maggit’. The song has more nu metal and rap influences and was successful in gaining radio play. However Moreno regrets its inclusion on the album (As do I).

Being one of my favourite albums it’s hard to pick a best song, so I’m gonna pick two. The best hard hitting song is Grammy winning ‘Elite’. Picking up the best metal performance award in 2001, this song pulls no punches and is a juggernaut the whole way. ‘Digital Bath’ is the best chilled out song on the record, with swirling electronics, post rock influenced drums and soulful vocal delivery, it’s a real stand out on an album of amazing songs.

In conclusion, White Pony is a magnificent alternative metal album packed with visceral energy packed with amazing instrumentation. A truly mature album release which stands amongst its own when compared to its contemporaries.