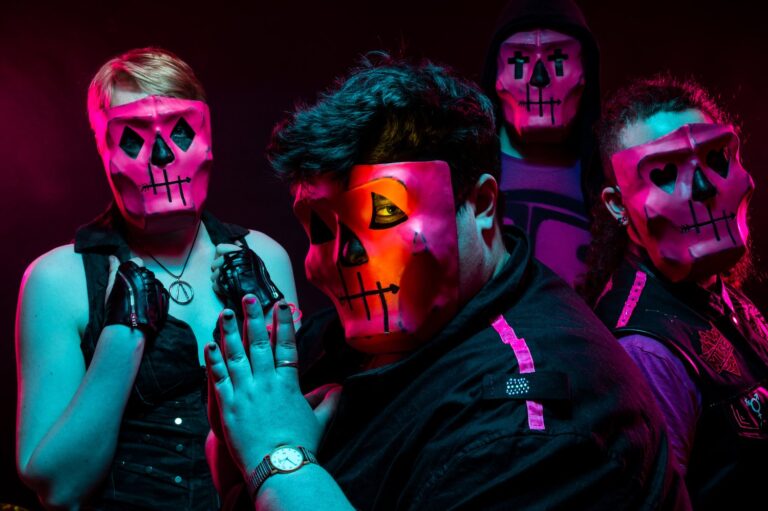 It has been an excellent year for Hunting Hearts, they released their debut album ‘Anybody Else‘ & have had a huge impact on the South Coast music scene. Leading up to Queer Prom, the event was highly anticipated… and it totally delivered. Hunting Hearts curated the sold out event headlined by Wyse & included special guests Artemis & Velour. The Southampton trans-rockers ripped through their set in exhilarating fashion, while tackling subjects such as prejudice, trauma & love. But one thing is for certain, a sense of unity & euphoria was felt that evening.

The band were firing on all cylinders, the playing was tight & the atmosphere was electric with amazing crowd participation, especially on fan favourite ‘From Underdog Kids, to Every Rad Fem‘. The band played plenty of smash hits off of their debut album ‘Anybody Else‘ and even debuted ‘Heatwave‘, a brilliant new single set to be released next year. This was Hunting Hearts at their very best, and their community were united stronger than ever.

After the immense success of ‘Queer Prom‘, Hunting Hearts have already teased the potential return of the event in the near future. Speaking to the band, they stated ” we want to keep nurturing the safer spaces we create too, and expand on events like queer prom, continuing to network with like-minded bands, artists, charities and others central figures to the music scene”.

Their future is bright & you won’t want to miss it…

For fans of: Bitchin’ Hour, Against Me & Wyse