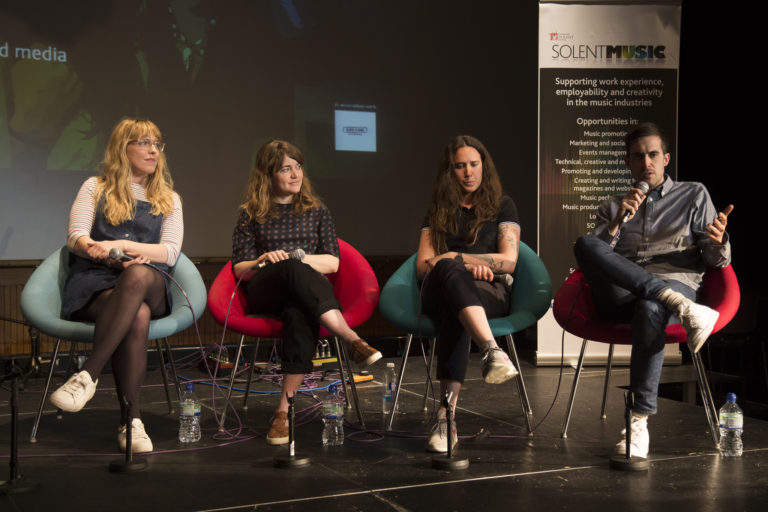 SMILEfest 2017 Getting in and getting on: Building a sustainable music career

Recap of SMILEfest 2017 second panel Getting in and getting on: Building a sustainable music career.

What did you study at University?

Flora, ’I studies art history but did a lot of extra curriculum music stuff.’

Lucy, ’Very similarly, I also did art history and then worked at the student radio and had a part-time role in mail and postage at Warp Records.’

Jen, ’I studied journalism, but the course was very theory-based and quite boring, so I also worked at the  student paper and radio. I joined every society out there from cheerleading to drama and was on the University’s music team where I interviewed bands.
It’s great to do student media where you can and are allowed to make mistakes. I then became station manager of the student radio, got some work experience at XFM and Radio 1. Me and Jon actually know each other from doing the same course at University.’

Jon, ’I agree, it was quite an academic course. I also did radio and journalism and wrote a lot of reviews for student media. I built my skill set and in my final year, I co-edited the music section at University. It was a lot of work but I got more off that than my actual degree. I also did some DJ’ing.’

“It’s great to do student media where you can and are allowed to make mistakes.” 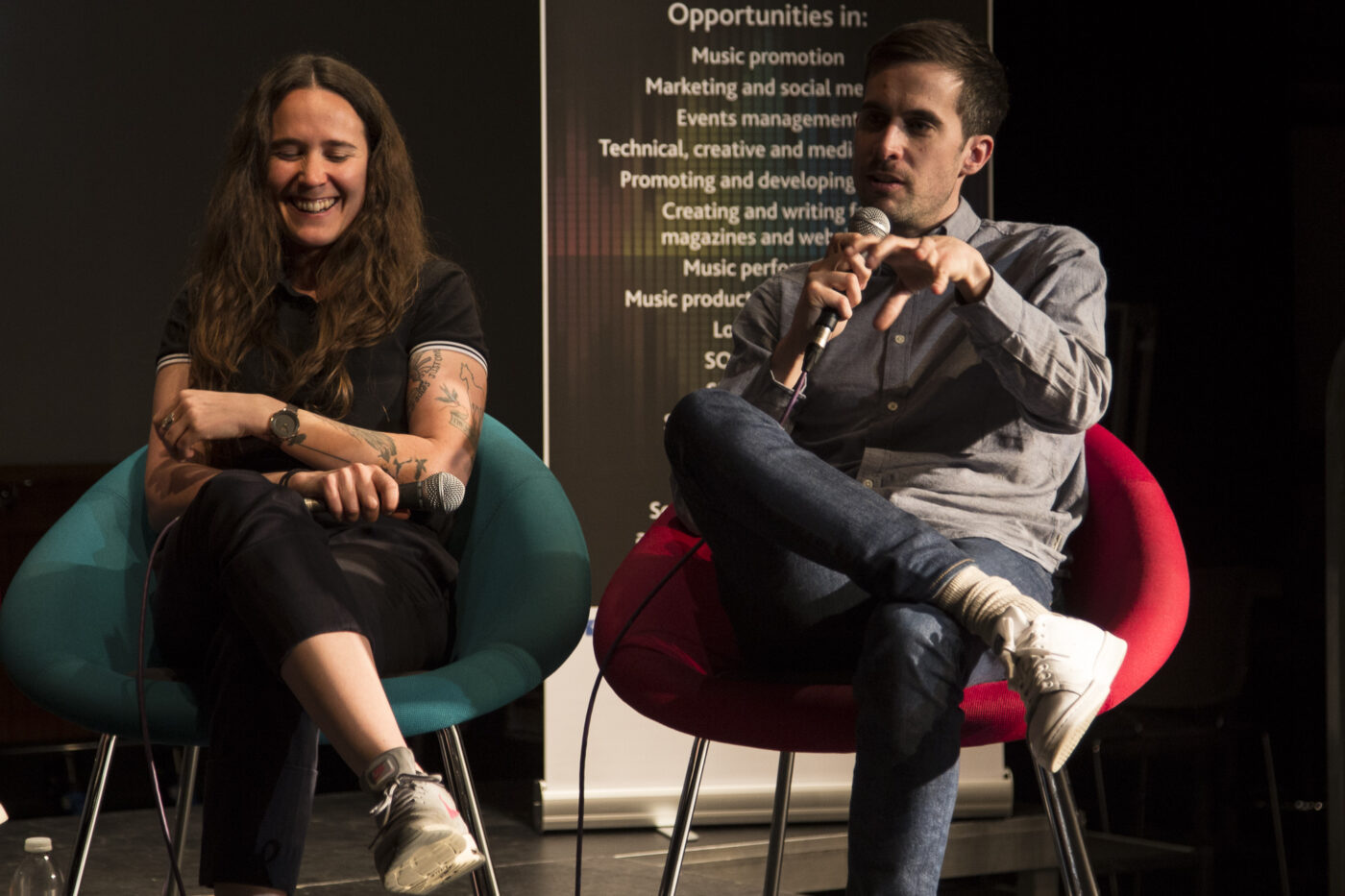 What kind of work experience did you do after graduating?

Lucy, ’I was lucky enough to go straight from the mail and postage role at Warp into paid work. I decided to move to america and volunteered to work at New York. Few weeks turned into a full-time job for 2,5 years. I then met a woman from 19 Entertainment (Victoria Beckham, Spice Girls, Annie Lennox) and worked with them in London. After that, I went to work with Eat Your Own Ears promotions company who also do Field Day festival. I worked with them for 7 years before I got offered the role at Latitude Festival.’

Jen, ’I started off DJ’ing and making money with that. I also wrote for a local magazine Kruger, whose then editor is now the editor of NME. I got some work experience at XFM through student radio, too. If you go into a work experience role and you’re proactive, engage with people and you’re that piece they’ve been missing, they’ll keep you on and bring you back. I then worked in a rehearsal space, tour managed a band.. I just did a lot. You need the mentality of being able and willing to do different things. I still work for free when it’s something that I think is worth it. Work experience is a mentality you can carry throughout your career.’

“Work experience is a mentality you can carry throughout your career.”

Jon,  ’I also made money with DJ’ing and writing for magazines. I worked at the Welsh Assembly, HMV, Virgin and was in a band. Two years after graduation, I had enough contacts to do something music-related and so I moved to London and chucked myself in the deep end by not having a plan and sleeping on a couch.’

Lucy went on to do a Master’s in Sociology..

Lucy , ’The degree gave me a massive confidence boost. I found a niche for myself and had expertise that some other people don’t. Although, I don’t think my employer even knew I did the degree.’

Jen, ’Music is such a small industry and so much will rely on who you know.’ 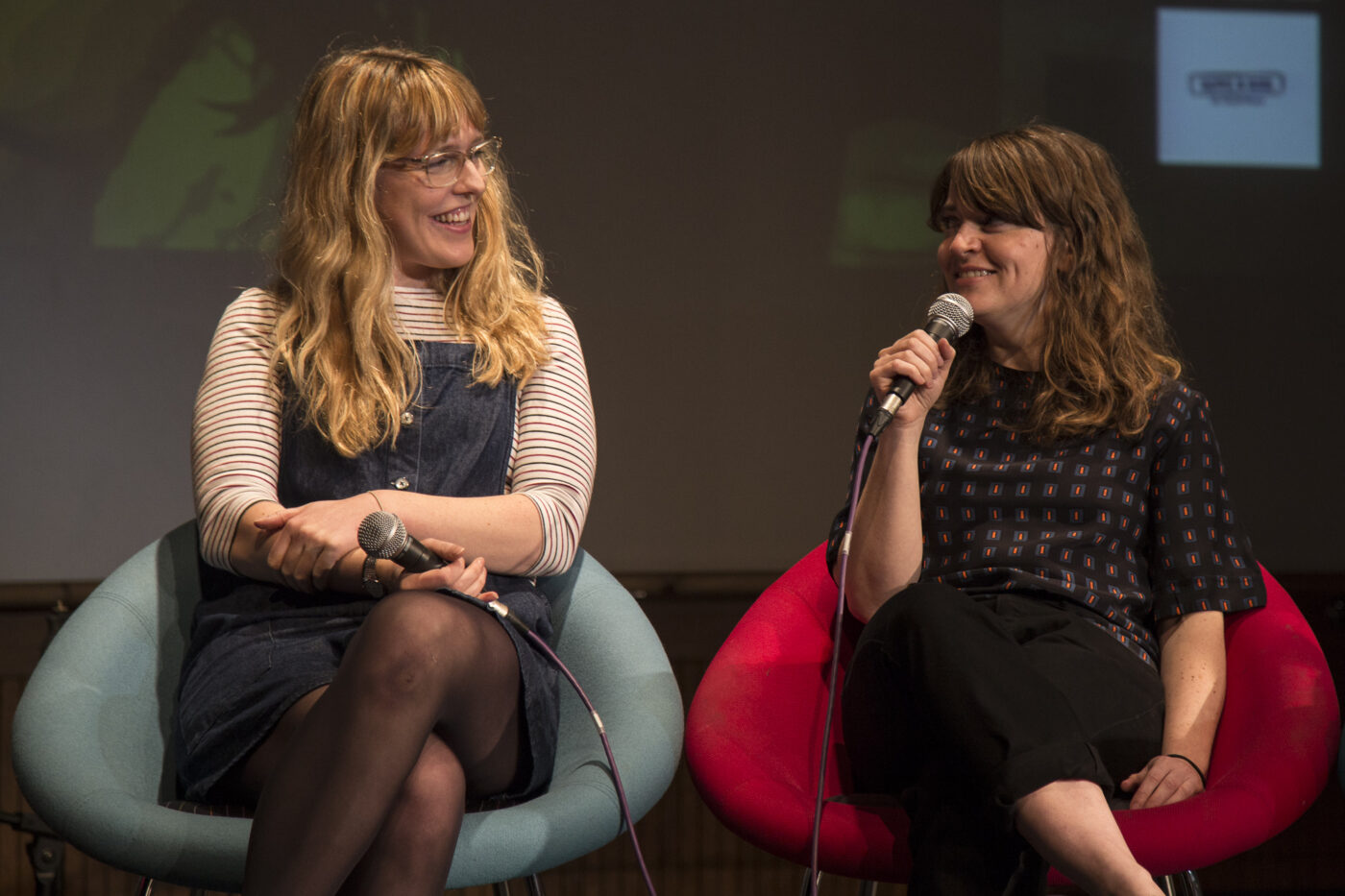 What are some of your networking tips?

Lucy , ’Enthusiasm is really attractive. Or having something constructive to say. Peolpe who are nice optimistic and cheery stand out.’

Jen, ’When I lost my job Radio 1, I thought it was the end of the world. Then I went to a meeting with a guy from a start-up called DICE, which evolved into a full-time role.’

Jon, ’I’ve worked at Shazam for nine years now. When I moved to London, a Shazam role came up. The office was really small and the only reason I chose the role at Shazam was the money. I started off as a music encoder, which is basically data entry. Six months into the job, the iPhone launched and Shazam was one of 25 apps that launched with it, so it got great press. Our users increased by 1 million overnight. Now I lead strategies with label partners, artist promos, marketing campaigns and work with brands.’

Flora, ’Adding to this, I think all internships should be made paid to make it more accessible to everyone.’ 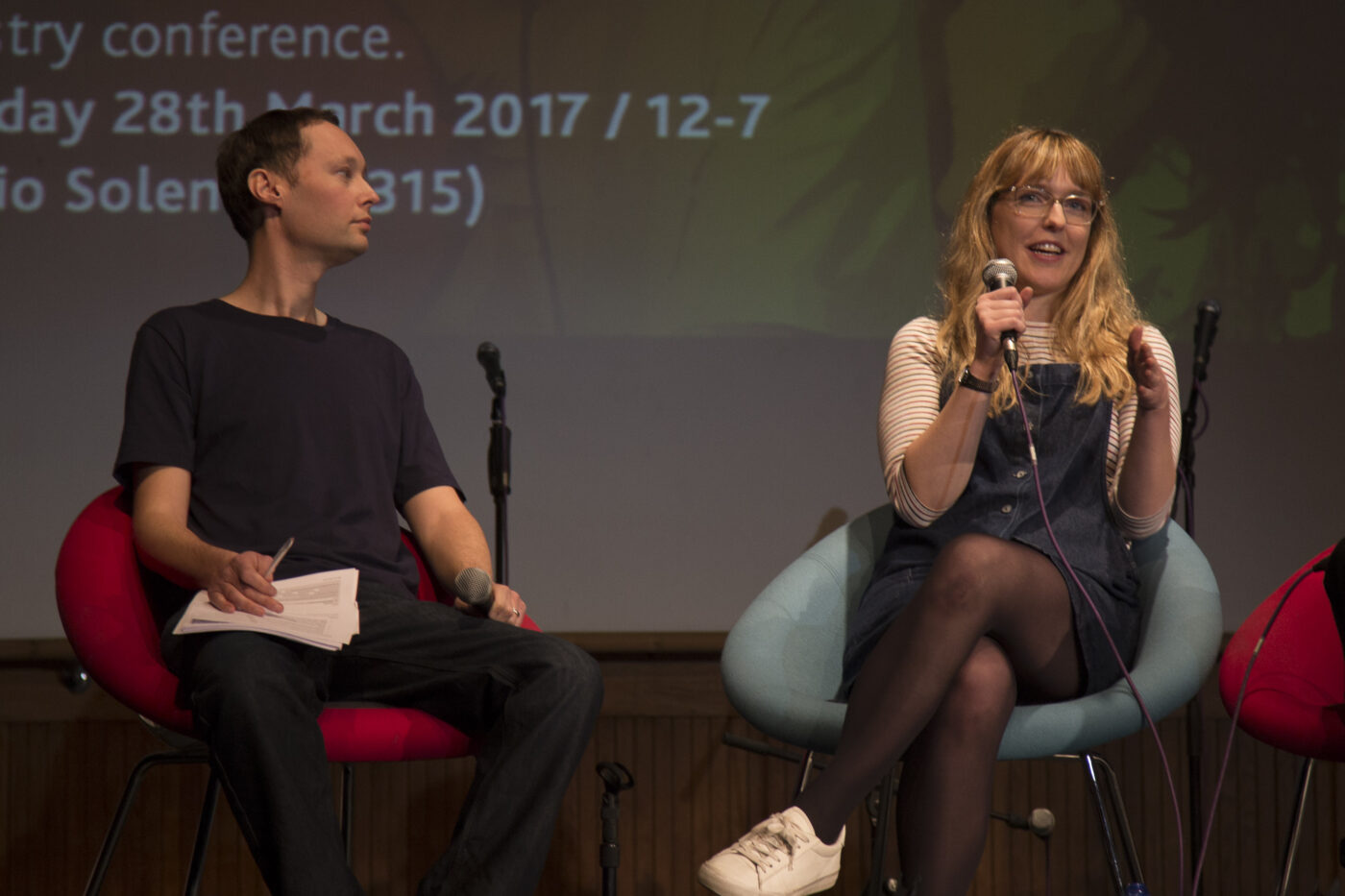 When asked about female headliners at festivals,

Jen says, ’Instead of complaining about it, you need to consider that festivals are businesses and they need to sell tickets to make money and there just aren’t that many female headliners out there. If we keep saying it’s really difficult for women, we’re just going to put women off.’

“If we keep saying it’s really difficult for women, we’re just going to put women off.”

What kind of advice can you give to the students here who want to get into the industry?

Jon, ’Meet people, expand your skill set and take advantage of your contacts. I was focused on working in labels but fell into another job where I’ve been for nearly 10 years. Loosen your goals –  you can work your way up from another place. Whatever chances you can get, take them and do as much as you can with them.’

“Loosen your goals –  you can work your way up from another place.” 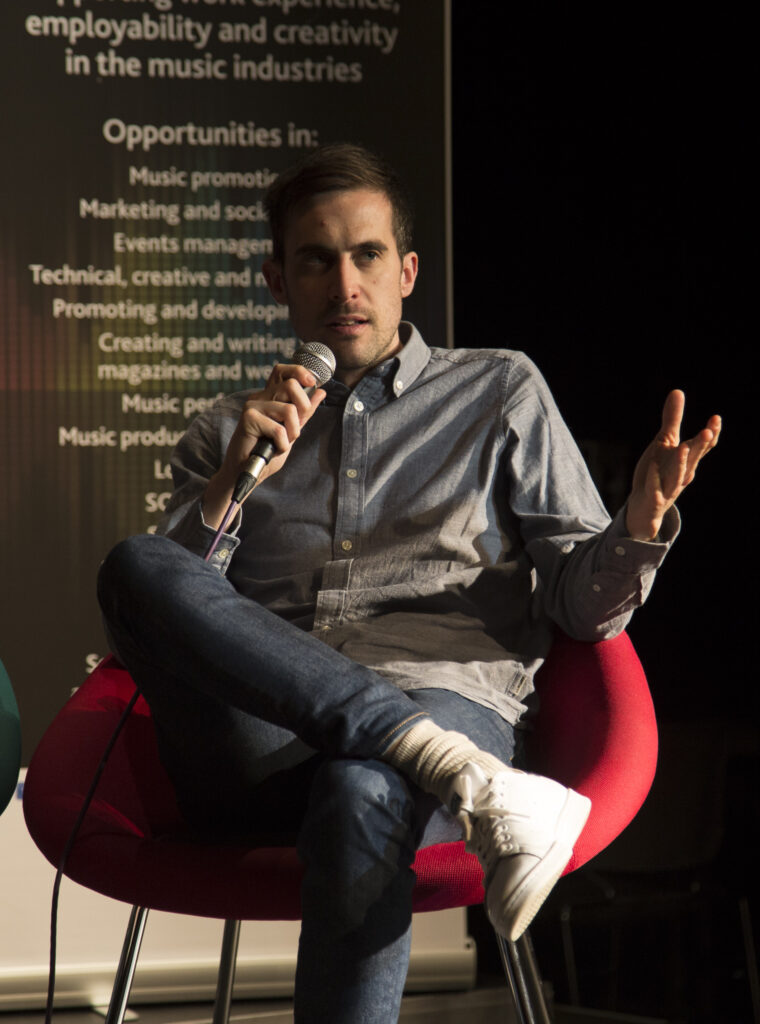 Lucy , ’Listen to music, read and become an expert in the music you care about. People further up the chain may not have the energy to go out to gigs. So use your passion and turn it into expertise.’

Flora, ’Volunteer and use your time wisely. Internships are often also helpful in showing you what you don’t want to do. You can stumble onto things you wouldn’t expect.’

Jen, ’Don’t be afraid of failure. You learn from your mistakes. If you fail, people will help you pick up the pieces.’

“Don’t be afraid of failure.”