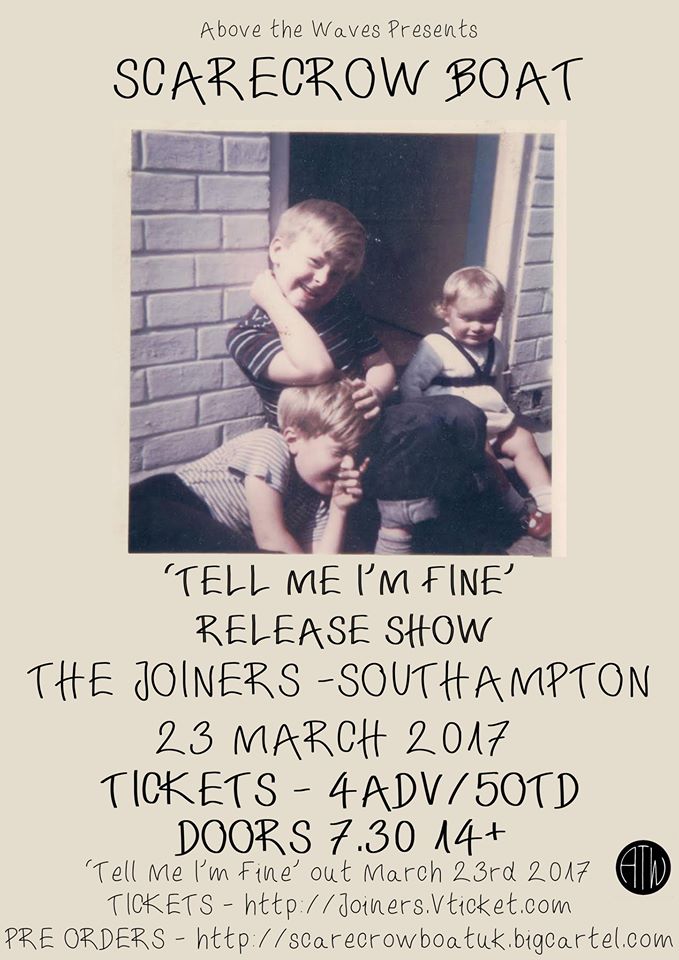 Scarecrow Boat
Formed based on a mutual affection for Dark Fruits, Scarecrow Boat is an indie punk band from Southampton. Having played with international touring bands such as The Flatliners, SWMRS and Sorority Noise the band mark their success down to being nice and smiley to all despite their sad emo lyrics. With music about Spaghetti, Star Wars and the Titanic this small Southampton band plan to travel the world and have a good time being the self proclaimed ‘Southampton Nice Punks’
https://scarecrowboatpunk.bandcamp.com/