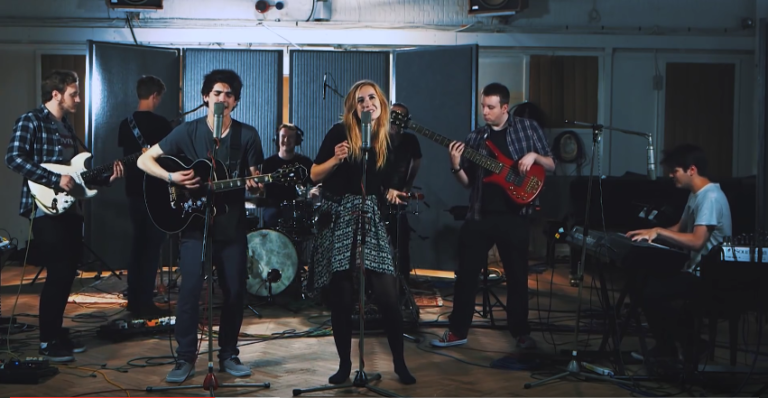 Fourteen students were given the opportunity to hit the right note at world famous Abbey Road Studios this summer. Music students got a taste of fame when they recorded their own track, entitled In Flames.

Not only did the students from Southampton Solent University have a once in a lifetime chance to record at Abbey Road, but the studio they recorded in was the celebrated Studio 2, which has also played host to musical icons including The Beatles, Pink Floyd and Kate Bush.

The opportunity came after the students won an annual competition, which has been part of their BA (Hons) Popular Music Performance course for the last six years. Students are invited to write an original track and play it live in front of their lecturers who judge each song before announcing the winner.