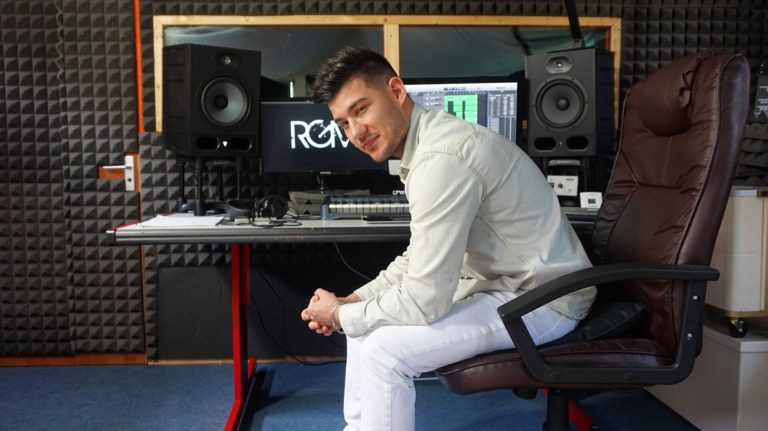 Ryan Glover graduated from BA (Hons) Music Promotion last year and has already landed the role of Assistant Manager at Giles Stanley Management, as well as working and setting up his own music studio RGM Production. Read about his journey and advice to all music students looking to get into the industry.

Can you tell us about your journey from graduation to where you are now?

My journey has been a long one it seems. If I could take you back to the beginning of my music career that may shed some light on this story. I was a rapper singer prior to coming to University. I decided to come and study at the age of 23 after trying to succeed as an artist for over 5 years, spending a large amount of money working with various London-based producers and gaining knowledge on the artist development process, songwriting and production.

University was something I wanted to achieve and coming into University as a “mature” student, I had one goal in mind and that was to land a first class honours and gain a relationship that was irreplaceable.

Although I love singing, I felt like at the age of 23 (at the time) I had to take a look at myself and ask the question ‘What do I enjoy about music in general?’. I’ve known of and seen so many people chasing the dream until they are of an age where it’s not so realistic any more and I didn’t want to be that guy. I set myself a termination date of me being an artist and that was the end of my 2nd year of University after appearing on an episode of ITV2’s Magaluf Weekender which was a promotional tactic for my artistry.

In my 3rd year I knew I wanted to turn my artistry profile into a company so I created RGM Production Ltd. RGM is based on three key areas. Artist Development, Artists Visual Presentation and Management. I feel it’s important to teach my clients the correct way of the music business as I have seen and been a victim of snake like companies, which so many up and coming artists fear. RGM Production is based on the A354 (Blandford to Salisbury) road with 2 rooms. One being a engineer room and the other being the recording / rehearsal room. 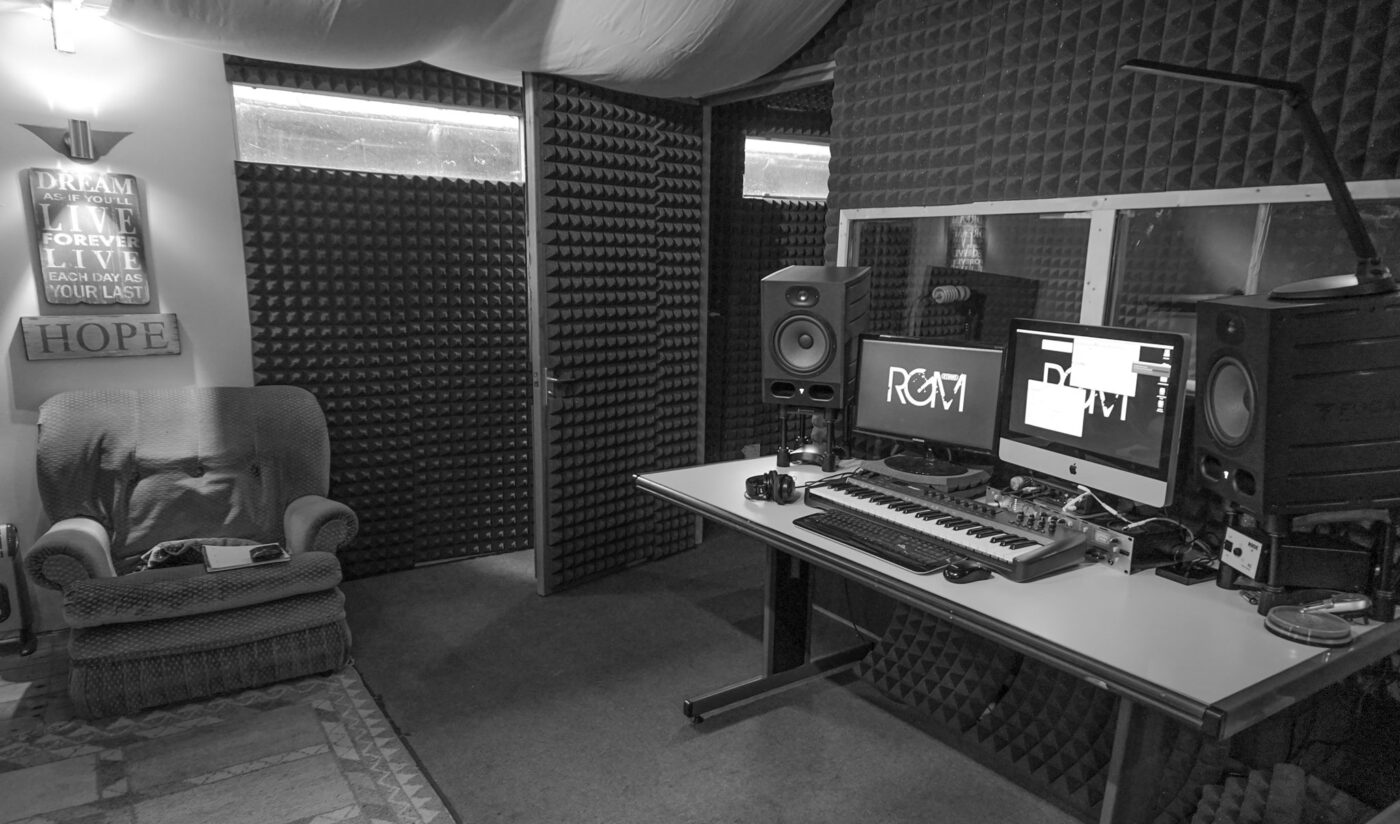 You’re Assistant Manager to Shaun Escoffery at Giles Stanley Management. Can you tell us about the role and Shaun?

Giles was a guest at a conference at SMILEfest event hosted by Solent University’s music courses every year. From what I remember, he was chatting to a couple of students after he’d done his part on stage and I joined in the conversation. Once the conversation had ended, I managed to keep it going with him but funnily enough we were not talking about the music business… We were discussing Autism and how that is a big part of my life as I work with the most amazing adults with learning difficulties, as well as working in the music business. I told him that this is something I am extremely passionate about and it turned out that he also had a passion for this as he runs his own charity based around children with autism.

“Giles was a guest at a conference at SMILEfest event hosted by Solent University’s music courses every year…and I joined in the conversation.”

He contacted me a few times stating that he was looking for an intern but I didn’t receive this email until 6 months later when I checked an old email address (always check all your email addresses people!). I jumped at the opportunity and we had a meeting where we discussed the music business and he told me he had just taken on a soul singer named Shaun Escoffery and was looking for some general assistance.

I worked with GSM for a year as an intern and then I discussed being taken on permanently once I finished my degree and he agreed. I remember the first time I met Shaun, it was at a cafe very close to the West End theatre. Shaun entered the room and I felt overwhelmed with the joy and positivity beaming off of him. Through time I have learnt that this is who Shaun Escoffery is! He carries this positive outlook through his life and takes nothing for granted. I remember him saying to me just last week actually at the Cheltenham Jazz Festival, “Every time I’m on stage I look out and I take it all in as I take none of this for granted.”  He truly feels blessed to be in the position he is currently in.

Shaun is such a delight to work for. He genuinely is one of the most down to earth and hardest working men on this planet and so many others state this also. Maintaining a lead role in the Lion King and a full time music career is superhero-like and an inspiration to not only his management but many of his fans and friends. I really believe that Shaun has what it takes to be a monumental factor in the current music industry with his “velvet voice” and his now 8 consecutive Radio 2 A Listed songs, which in my recollection is unheard of in the business.

I’m very excited about Shaun’s upcoming couple of years as he is currently in the stages of writing with some pretty impressive songwriters for his forthcoming album and looking to go on tour.

My regular working day with GSM depends on whether we are at the office or taking meetings for our producers or artist. In the office it usually consists of taking calls, sending and answering to emails, social media activity and further planning.

The interesting part for me is taking the meetings with producer/songwriters looking to work with Shaun, record labels, publishers, radio and TV pluggers and the show appearances which I try to always attend. It’s so important for me or any manager to create and maintain a positive relationship with the artist, so coming to these appearances (no matter the cost) is a must for positive relationship building. If you are looking to get into management, make sure that you are ready to invest in creating relationships as they are the keys to many locked doors, also note that that the artist always comes first. Whatever the artists wants, you will do your utter best to provide and make this happen (within reason).

“If you are looking to get into management, make sure that you are ready to invest in creating relationships as they are the keys to many locked doors.”

As well as representing Shaun, we represent a number of Advertising, Television & Film composers. Recently, our clients have composed the music for the Mr Bean Snickers worldwide TV & Cinema campaign, PS4, L’Oreal, Comfort and Pampers as well as countless bespoke compositions for TV programmes. Our composers have also orchestrated and conducted for War and Peace, Woman in Gold  and the (2016) Oscar nominated Steve Jobs movie.

One of our Music Producers Gavin Monaghan has an unbelievable talent of scouting unsigned bands and working with them in his studio “Magic Garden”, Wolverhampton. His most recent high profile project is with a band called The Sherlocks who have just signed to BMG and are currently on tour. Gavin has had the pleasure of producing The Sherlocks’ forthcoming album, which is scheduled to be released on 18th August.

You’ve also been involved in some festivals. Can you tell us about that?

I’ve recently been involved in some live events for up and coming artists looking for paid opportunities. I feel it’s important to create and nurture as many paid opportunities as I can as there just aren’t enough out there. There are countless amounts of open mic nights which are fantastic but rarely any paid opportunities and this is something I want to create more of. From previous experience I know that being an artist is tough from the get go, your income revenue is based around four things, live music, PRS royalties, PPL and music sales.

If you can get a paid gig for let’s say £30 for half an hour you have the ability to potentially double your income by selling your CDs at the event. 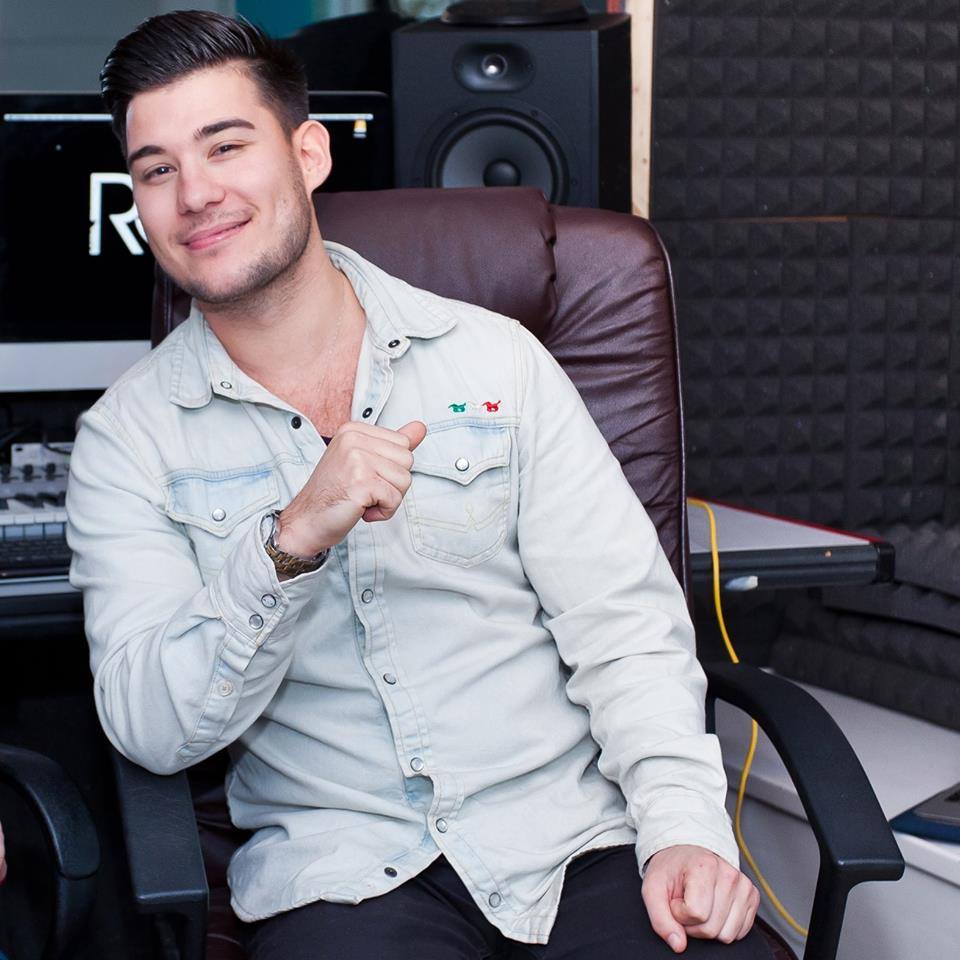 Do you think the University course helped you succeed in music?

I feel that coming to University was an unbelievable experience. The help and guidance from the lecturers was fantastic. What you’ve got to remember is that these lecturers are connected and if you can create and maintain a healthy relationship with them (just like in the management business) they will help you get to where you want to be. I got introduced by the incredible Paul Rutter to both managers Colin Lester and Giles Stanley on separate occasions and I feel this was because I worked hard and showed the utmost respect to him and the lectures. I still now talk to Paul on occasion and other as it’s important to keep these relationships going as you never know when they may come in hand.

“I feel that coming to University was an unbelievable experience.”

What can you suggest to current students who want to get into the industry?

Talk to anyone and everybody who is of relevance and can potentially help get you to the next level. Do not be afraid to ask question either as most people will be more than happy to oblige. This is how I got my work experience working for Jem Artists (Craig David) management. My main bit of advise would be, learn to be able to take criticism. You can turn every bit of criticism into a positive and if you can learn how to do this, you will thrive in this industry.

“You can turn every bit of criticism into a positive and if you can learn how to do this, you will thrive in this industry.”