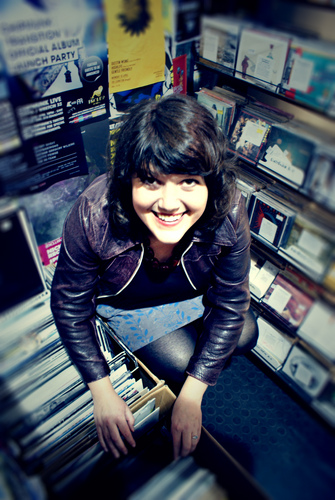 Ruth Barnes is a music expert, voiceover artist and broadcaster, founder of The Other Woman – the music network dedicated to emerging and independent artists.

The Other Woman had a home on new music network Amazing Radio for 4 years before returning to London’s legendary Resonance FM in 2016.

Ruth also presents music documentaries for BBC Radio 4 and can be seen on Sky News as a music pundit. She has presented shows on BBC 6 Music, including BBC Introducing and an all-female 6 Mix.

Ruth was a music reporter for the BBC broadcasting live from the likes of the Glastonbury festival for BBC Radio 5 Live to the WOMAD music festival as far afield as Abu Dhabi for the BBC World Service. Years spent as part of the BBC 6 Music news team meant reporting from music festivals around the country, as well as interviewing musicians – both famous and emerging. Ruth has also been a regular feature maker for the Claudia Winkleman Arts Show on BBC Radio 2, presenting and producing features on all aspects of the arts.

She is also a regular speaker at music industry conventions such as The Great Escape Convention and has chaired a panel discussion at the Southbank’s prestigious Meltdown Festival.

Ruth has a voiceover career and is a voice of BBC TV continuity and gallery guides for the likes of The Tate and the National Gallery.