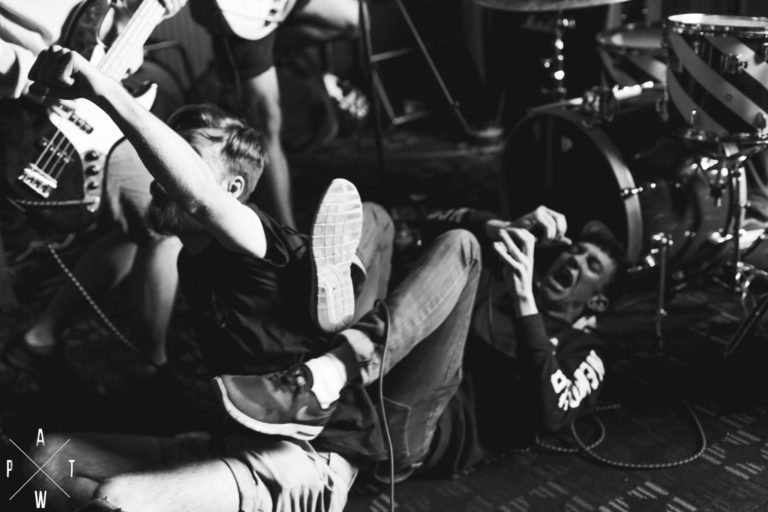 So Punk Fest 3: ‘a celebration of our DIY scene’

Anyone remotely into punk and the DIY ethos has heard about the massive shows of Above the Waves and SO Punk Fest during the past few years. Well, it’s time to start preparing because SO Punk Fest 3 has announced its full line up and the 3-day celebration is approaching fast. We caught up with Solent BA (Hons) Music Promotion graduate Kate from Above the Waves to see how SO Punk Fest has grown. 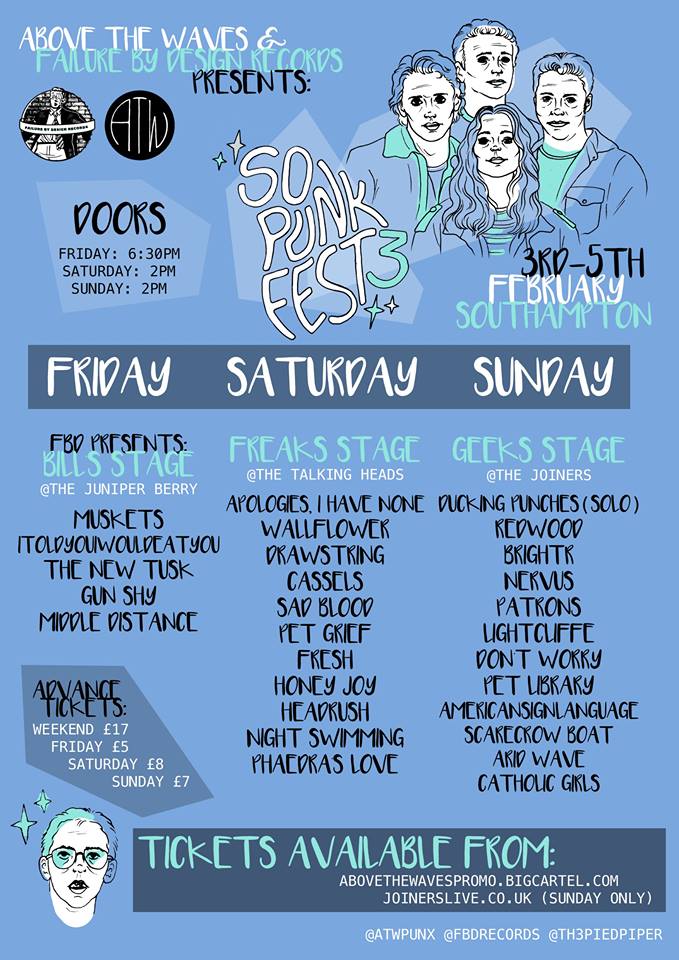 What motivates you to put on such a massive weekend?

The thing that motivates me most is bringing the DIY scene together. The scene plays a huge part in our lives and it’s great to bring together all the bands we have met along the way and who we think are the next greatest thing. Dom from Scarecrow Boat described So Punk Fest 3 as “a celebration of our DIY scene” and we’ve kind of run with that, as that’s exactly what we intend it to be.

In just under 2 years we’ve put on 26 shows and have So Punk Fest..

It started off as a one day thing, and this year we planned for it to be a 2 day event, but it ended up being 3 as there were just so many bands we wanted on the weekend. A lot of whom we’ve met in the last two years we’ve been organising shows. In just under 2 years we’ve put on 26 shows and have So Punk Fest and another 3 shows on top of that coming up in the next 3 months. We’ve put a lot of work into Above The Waves and I think keeping up the quantity and quality of our shows is important.

How is So Punk Fest 3 different from the previous two?

This time So Punk Fest is so much bigger. We’re working in 3 different venues over 3 days. There’s also a bigger focus on the local community, we’re planning on having trade stalls in some of the venues, allowing local artists to sell their work and to bring in some of the independent record labels within the scene. We also have a new pop up cafe doing their first event on the Saturday at Talking Heads. We’ve also tried to put more local bands on across the weekend. We’re all about supporting and growing our local scene and helping bands from out of Southampton grow outside their respective local scenes.

This time So Punk Fest is so much bigger. We’re working in 3 different venues over 3 days.

What are you most looking forward to?

I’m most looking forward to spending the weekend with friends that I’ve made through putting on shows, as well as seeing some of the bands I’ve never seen or met before. In all honesty, I’ve put together this weekend for myself, it’s something I wanted to see in Southampton, they’re bands I wanted to see together on one bill, so I made it happen. Hopefully it will live up to my expectations.