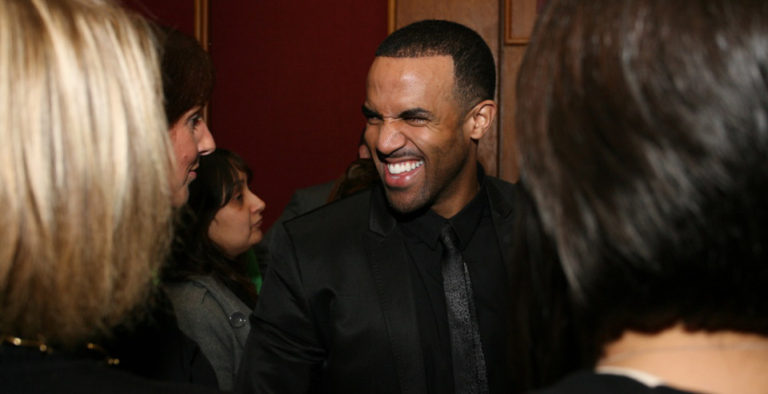 Craig David is busier than ever; hitting the headlines, planning to release his sixth album next month, selling out concerts and headlining festivals – including this year’s Common People in his hometown of Southampton.

Despite this, Craig, who was awarded an honorary doctorate in music by Solent in 2008, found time to send a video message to the University’s students with some great advice for those wanting a career in music.

We also managed to grab Craig’s manager, Colin Lester, for his advice on becoming a success in the music business. Colin, who was also awarded an honorary doctorate in music by Solent in 2013, is a regular guest speaker at the University. He had this advice to share:

How difficult is it to break into the music industry?

Anyone who wants to work in the industry can do so with perseverance and enthusiasm. However, being successful is a totally different thing and requires knowledge and understanding. In order to be a success, it’s all down to the level of talent you work with and yours and their aspirations and ambition. You also need passion, good ears, a good nose for sniffing out that talent, and also to understand what meaningful advice is.

You manage Craig David who was featured on the live lounge last week. Some media are calling this a comeback, what would you say to that?

Craig never went away, not in management and artistic terms anyway! If songs are the currency of the music business, you are only ever three minutes away from a hit! He has continued to perform, write and record music and remains enthusiastic and optimistic. Cream always rises to the top but you need to boil the water first! Craig’s done that and now he needs to bake an amazing cake to go with the coffee!

How can our students get ready for a career in the industry?

It’s important to realise that there is a massive difference between learning about the industry in a classroom and actually going out there and working in it. A university degree will give you a foundation of what it’s about but it’s vital that you’re out there, getting internships and finding artists to work with. Anyone who comes to my office with a CV that just has a music business degree, wouldn’t necessarily get a job. You need to show that you’ve been proactive and that you have a real love for music. In the music business you can’t talk it, you need to play it and that tells me a lot about who you are and what tastes you have.