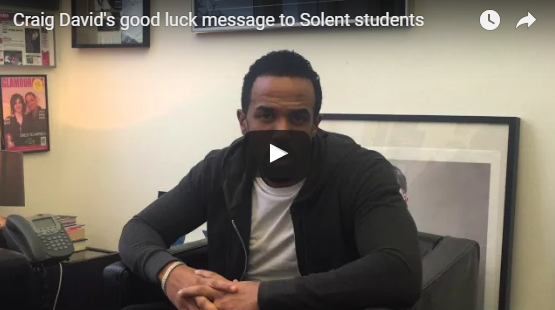 Craig David is busier than ever; hitting the headlines, planning to release his sixth album next month, selling out concerts and headlining festivals – including this year’s Common People in his hometown of Southampton.

Despite this, Craig, who was awarded an honorary doctorate in music by Solent in 2008, found time to send a video message to the University’s students with some great advice for those wanting a career in music.

Craig’s manager Colin Lester is a frequent guest at Solent University, read his advice on how to get into the industry here.