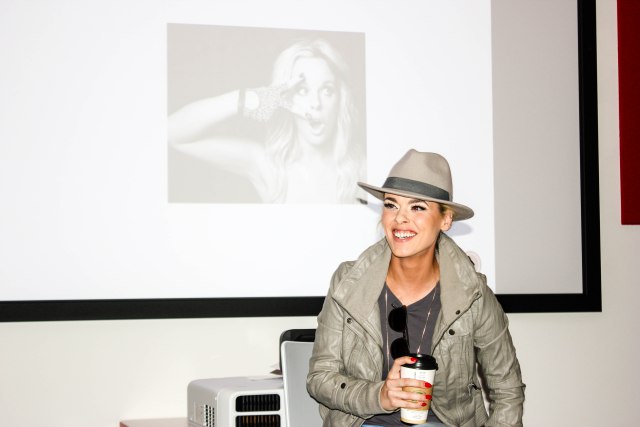 Katy Tiz is a pop artist who has managed to go from humble roots in Christchurch to making waves in the pop music mecca – The United States. She is signed to Atlantic Records and her single ’Whistle (While You Work It)’ has over 12 million listens on Spotify. She is also an active songwriter having written for Cheryl and Girls’ Generation among others. Katy visited Solent to chat with our Popular Music Performance and Popular Music Production students about the industry from the artist’s point of view. Solent Music was there to give you an overview of the talk. 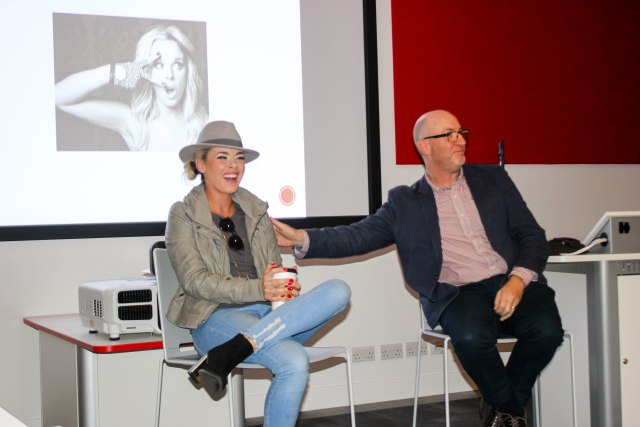 Katy Tiz was discovered and moved to America by Lava/Republic Records, both subsidiaries of Universal Music Group. She released three singles but was shortly dropped by the label after a year and a half. Seeing the bigger picture, she managed to tour around and make incredible relationships in the business which led to her getting the support of iHeart – the biggest radio and promotion company in America. iHeart put Katy’s song on 150 radio stations and as an unsigned artist she got signed to one of the major labels in the US, Atlantic Records.

How many songs had you written before you got noticed?

’At least a hundred. You’re trying to sell a product so you have to take this into consideration. What I do is, I write three different songs – melodic, upbeat, ballad. Then you have three songs that absolutely represent you and grab attention because you want to impress the label within the first seconds. There’s a saying, ’Don’t bore us, get to the chorus.’’

Katy strongly highlights that the most important platforms that get your name out there, are blogs. An artist doesn’t even need a physical copy in order to reach online tastemakers and popular writers. Nowadays labels definitely focus on premiering songs on blogs. Funnily, Katy mentions that when she was signed she realised that none of the singles she was signed upon were ever released, so you have to be able to adapt to the industry’s wishes and compromise.

Something that took Katy years to understand is that artists shouldn’t send music out unless it’s finished, polished and they’re very happy with it. Because as soon as your song has gone out, you can’t make any changes. Industry people don’t like changes and going back and forth, so that’s why most labels don’t have such things as demos.

As someone who has been involved in both the UK and the US music industry scenes, what can you define as the main differences between the two?

’Radio is still the most important thing in America and the first you do is go on a radio tour for six to eight months. You perform acoustically, do radio competitions and so on. Then, it becomes really important to be consistent as a person and an artist. You can’t upset anyone and you can’t be difficult because the radio control everything and it’s the last place you want to get a bad reputation.’ 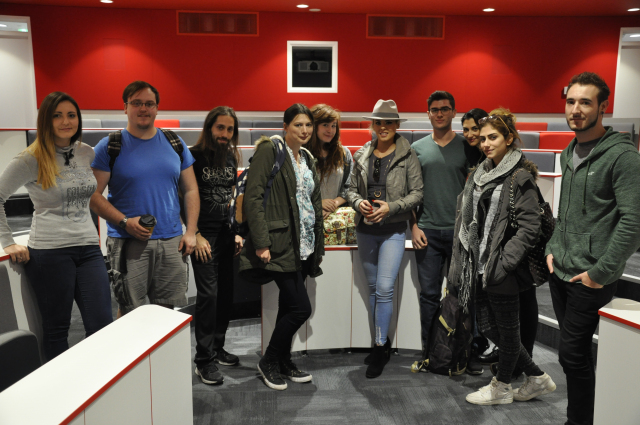 Let’s talk about contracts. They tend to be extremely complex, how can artists guarantee a good outcome?

’My first deal was rubbish but I knew it would take my further. It’s about knowing how to manipulate the situation, make relationships and reach a new audience in spite of a bad deal. It allowed me be to work everything out, get my name out there, and eventually catch the attention of another label and sign a fantastic deal. You have to remember the bigger picture.’

’It’s also extremely important to have a decent lawyer and a team you trust. Decide all terms in the beginning and have agreements in place before anyone has any success. Otherwise, people will come after the money.’

Artists often lose their creative freedom after being signed. Have you felt the same?

’Yes, I lost quite a lot of it without even realising because labels have their people they want to work with. Make sure you’re always in the room, you’re involved and strong.You have to insist, otherwise, the label will make all decisions for you and you won’t be aware of anything before it’s confirmed.’ 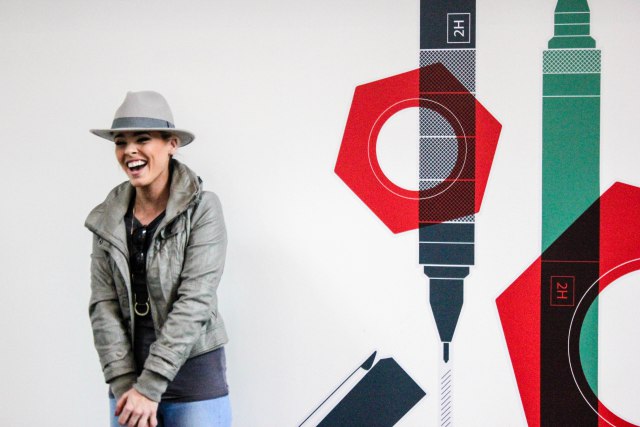 ’It’s really tough. I see it with my brother (George Tizzard from Red Triangle Productions)too who sits in the studio the whole day – you’ve got to keep healthy. As a singer you have to eat well, drink water and keep fit. It’s so important when you’re onstage so you wouldn’t destroy your voice. You also have to keep mentally strong as there’ll be highs and lows and you have to handle it. Falling apart may be the worst day in your life but it’s the best in a journalist’s. I’d always suggest that at any point in your career you have a person to offload on and someon to boast on. In the industry there’s way too much emotion and it’s frustating so it’s important to have somebody you can call, rage and think rationally afterward.’

We have many inspiring instrumentalists and musicians here. Tell us about how you choose a live band?

’We usually hold auditions and just organically meet people in the industry. In London, we also had these nights where musicians would come together and jam, so you’d find people there. It’s mostly about just getting out there and connecting with other musicians.’

‘Katy provided a great opportunity for SSU students to learn first hand how new artists today are getting signed in overseas territories to majors such as Warner in the US. Katy highlighted the key importance of taste-makers and bloggers in the arts world today and how they trigger artist signings and contracts.’